There is no denying that the enforcement of the Shari`ah law may be actually something worrying non-Muslim minorities. They get worried about their freedom to practice their respective faiths. They also fear the ghost of marginalization under an Islamic state. As a matter of fact, apart from any political context or religious extremism, the true Shari`ah-ruled Islamic state is something which is more likely to seem desirable in the eyes of the non-Muslim minorities. 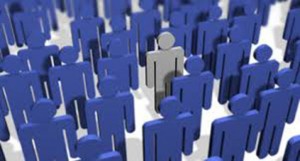 Islam is the first religion that protects the complete rights of those who do not follow it.

It is such a state of integration, assimilation and coexistence rather than marginalization or isolation. As I indicated above, political interests and religious fanaticism should be set aside. The Shari`ah law is judged by its own provisions rather than its extremist proponents. Let’s see how the Shari`ah law guarantees the freedom of faith and the integration of non-Muslim communities. As a rational, logical and fair faith, Islam declares:

There is no compulsion in [acceptance of] the religion. The right course has become clear from the wrong. (Al-Baqarah 2:256)

“There is no compulsion” can be interpreted as both “there can be no compulsion” and “there should be no compulsion”. This means that Islam prohibits compulsion in religion for it believes that compulsion is essentially impossible. In matters of faith, nobody can be compelled into believing anything by force. Belief is an act of heart and mind about which nobody knows anything. Mind can be changed only by persuasion rather than compulsion.

Accordingly, Islam does not coerce non-Muslims believing in it. Rather, it gives them the freedom to believe or disbelieve in it quite willingly. It is reported that the reason for the revelation of the above verse is that a Muslim Ansari man who had two Christian sons asked Prophet Muhammad whether he should force them into Islam as they insisted on professing Christianity. Thereupon, this verse was revealed. Also, Allah says to Prophet Muhammad in the Qur’an:

Not only does Islam give non-Muslims the right to choose to believe or disbelieve in it, but it also allows them to coexist with Muslims under the Islamic state. The Islamic history abounds in so many instances of the maintenance of the religious freedom and the recognition of the religious pluralism as a whole including the non-Muslim.

The earliest instance dates back to the first Islamic state established by Prophet Muhammad in Medina, where he warranted religious freedom under the first constitution of Medina. He recognized the Jews as partners in and fellow members of the same society. Again, when he conquered Mecca, he did not force Islam upon its population. Rather, he gave them the choice though he could convert them by force just as they had tried to get him and his companions back into their idolatrous faith.

Not only is peaceful coexistence guaranteed for non-Muslims under the Islamic state, but also they are, moreover, given the right to practice their religions quite freely. There are so many examples for that in the Islamic history.

The Non-Muslim Throughout Islamic History

For example, Prophet Muhammad once wrote to the bishop of Banu Al-Harith Ibn Ka’b and the bishops and priests of Najran, their followers and their monks that everything, small or great, pertaining to their churches, chapels and monasteries would remain in their possession, that Allah and His Messenger would guarantee that no bishop would be removed from his see, nor any monk from his monastery, nor any priest from his office and none of their rights or powers would be changed as long as they were sincere and good, and no cruelty would be shown to them. This was scribed by Al-Mughirah.

Besides, `Umar ibn Al-Khattab, the Second Muslim Caliph, concluded a treaty with the people of Jerusalem which read: This is the assurance of safety which the servant of God, `Umar, the Commander of the Faithful, has granted to the people of Jerusalem. He has given them an assurance of safety for themselves, for their property, their churches, their crosses, the sick and the healthy of the city, and for all the rituals that belong to their religion. Their churches will not be inhabited (by Muslims) and will not be destroyed. Neither they, nor the land on which they stand, nor their crosses, nor their property will be damaged. They will not be forcibly converted.

The people of Jerusalem must pay the poll tax like the people of [other] cities, and they must expel the Byzantines and the robbers. All this from the book they shall have as a pact of Allah, and as protection from his Messenger, from the Caliphs as well as from the Believers if they pay the jizyah. Witnessing this are: Khalid bin Walid, `Amr bin al-`As, `Abd al-Rahman bin `Awf and Mu`awiya bin Abi Sufyan. It was written with all present in the 15th year after Higrah.

Furthermore, Muslims are ordered to protect non-Muslims while doing their acts of worship as well as their places of worship. When Muslims were first allowed to engage in Jihad, the reason cited in the verse permitting Jihad is the protection of the places of worship, including churches, synagogues and mosques. Allah says in the Qur’an:

Indeed, Allah defends those who have believed. Indeed, Allah does not like everyone treacherous and ungrateful. Permission [to fight] has been given to those who are being fought, because they were wronged. And indeed, Allah is competent to give them victory.  [They are] those who have been evicted from their homes without right – only because they say, “Our Lord is Allah.” And were it not that Allah checks the people, some by means of others, there would have been demolished monasteries, churches, synagogues, and mosques in which the name of Allah is much mentioned. And Allah will surely support those who support Him. Indeed, Allah is Powerful and Exalted in Might. (Al-Hijr 15:38-40)

As citizens, non-Muslims should be given just treatment according to Islam. They should have equal rights and duties. They should not be discriminated against on the grounds of religion.

Moreover, Prophet Muhammad defended and forbade discrimination against non-Muslims living in the Islamic state. He said: “If anyone wrongs a person protected by a covenant, violates his rights, burdens him with more work than he is able to do, or takes something from him without his consent, then I will dispute with him on the Day of Resurrection.” (Abu Dawud)