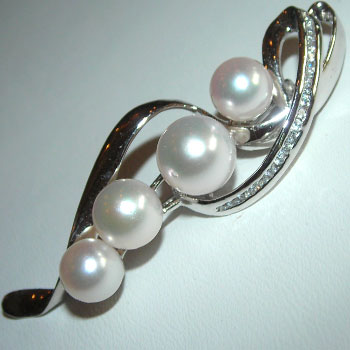 Now coming to the original question, why is a man allowed to have more than one wife?

The Qur’an is the only religious scripture in the world that says, “marry only one”

The Qur’an is the only religious book, on the face of this earth, that contains the phrase ‘marry only one’. There is no other religious book that instructs men to have only one wife. In none of the other religious scriptures, whether it be the Vedas, the Ramayan, the Mahabharat, the Geeta, the Talmud or the Bible does one find a restriction on the number of wives. According to these scriptures one can marry as many as one wishes. It was only later that the Hindu priests and the Christian Church restricted the number of wives to one.

Many Hindu religious personalities, according to their scriptures, had multiple wives. King Dashrat, the father of Rama, had more than one wife. Krishna had several wives.

Polygyny is permitted in Judaism. According to Talmudic law, Abraham had three wives, and Solomon had hundreds of wives. The practice of polygyny continued till Rabbi Gershom ben Yehudah (960 C.E to 1030 C.E) issued an edict against it. The Jewish Sephardic communities living in Muslim countries continued the practice till as late as 1950, until an Act of the Chief Rabbinate of Israel extended the ban on marrying more than one wife.

Hindus are more polygynous than Muslims

Let us now analyze why Islam allows a man to have more than one wife.

As I mentioned earlier, the Qur’an is the only religious book on the face of the earth that says ‘marry only one’. The context of this phrase is the following verse from the Glorious Qur’an:

Marry women of your choice, two, or three, or four; but if you fear that you shall not be able to deal justly (with them), then only one. (An-Nisaa’ 4:3)

Before the Qur’an was revealed, there was no upper limit for polygyny and many men had scores of wives, some even hundreds. Islam put an upper limit of four wives. Islam gives a man permission to marry two, three or four women, only on the condition that he deals justly with them.

In the same chapter we read:

Therefore, polygyny is not a rule but an exception. Many people are under the misconception that it is compulsory for a Muslim man to have more than one wife.

Broadly, Islam has five categories of Do’s and Don’ts:

i. ‘Fard’ i.e. compulsory or obligatory

Polygyny falls in the middle category of things that are permissible. It cannot be said that a Muslim who has two, three or four wives is a better Muslim as compared to a Muslim who has only one wife.

Average life span of females is more than that of males

By nature, males and females are born in approximately the same ratio. A female child has more immunity than a male child. A female child can fight the germs and diseases better than the male child. For this reason, during the pediatric age itself there are more deaths among males as compared to the females.

During wars, there are more men killed as compared to women. More men die due to accidents and diseases than women. The average life span of females is more than that of males, and at any given time one finds more widows in the world than widowers.

India is one of the few countries, along with the other neighboring countries, in which the female population is less than the male population. The reason lies in the high rate of female infanticide in India, and the fact that more than one million female fetuses are aborted every year in this country, after they are identified as females. If this practice is stopped, then India too will have more females as compared to males.

In Western society, it is common for a man to have mistresses and/or multiple extra-marital affairs, in which case, the woman leads a disgraceful, unprotected life. The same society, however, cannot accept a man having more than one wife, in which women retain their honorable, dignified position in society and lead a protected life.

Thus the only two options before a woman who cannot find a husband are to marry a married man or to become public property. Islam prefers giving women the honorable position by permitting the first option and disallowing the second.

There are several other reasons why Islam has permitted limited polygyny, but it is mainly to protect the modesty of women.