Racism, as defined in our day, is an idea Allah prohibits in the Qur’an, but which receives extensive support in ignorant societies. As mentioned in the Qur’an, one of the divine purposes in the creation of the different races is “that they should come to know each other”. (Al-Hujurat 49:13) 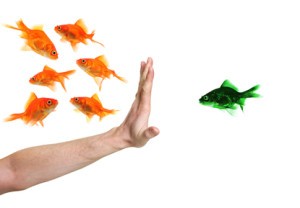 The Prophet Muhammad (peace be upon him) upheld justice in his time and rejected all forms of racism and discrimination; any ignorant belief which considered some people superior to others because of their language, race, social status or ethnicity. That is because such racism/discrimination is severely condemned in the Qur’an.

In the sight of Allah, all people are equal, and the only superiority anyone can have over anyone else is his fear of Allah and faith in Him.

The Prophet Muhammad also declared to his people, who committed racism, that ethnic differences had no importance and that everyone was equal in the eyes of Allah.

He repeatedly underlined that all that mattered was having sincere faith. While summoning his people to have faith, the Prophet Muhammad commanded them not to discriminate in his last sermon:

The Prophet Muhammad also told people that Allah created man from nothing, that everyone is created equal and that everyone will give account of his deeds all alone before Allah. For this reason, he added that it would be a great wrong to look for superiority in one’s descent.

“(All of) you are children of Adam, and Adam is from dust. Let some men cease to take pride in others.” (Ahmad and Abu Dawud)

He (peace be upon him) stated that no criteria except for heedfulness are acceptable:

“Your descent is nothing to be proud of. Nor does it bring you superiority. O people! All of you are the children of Adam. You are like equal wheat grains in a bowl … No one has any superiority over anyone else, except in religion and heedfulness. In order to consider someone a wicked person, it suffices that he humiliates other people, is mean with money, bad-tempered and exceeds the limits.” (Ahmad)

The Formula… the Qur’an

Throughout his life, the Prophet Muhammad advised his people to set aside their ignorant and perverse values and to live by the Qur’an. In the Qur’an, racist attitudes are defined as “fanatical rage,” and people’s ambitious attitudes are criticized. A related verse reads:

Those who disbelieve filled their hearts with fanatical rage- the fanatical rage of the Time of Ignorance- and Allah sent down serenity to His Messenger and to the believers, and obliged them to respect the formula of heedfulness which they had most right to and were most entitled to. Allah has knowledge of all things. (Al-Fath 48:26)

Muslims who obeyed Allah‘s call in the above verse led their lives in peace and security, both during the blessed period of the first community of Islam and in succeeding ages when just administrators reigned.

In the Period of the Prophet Muhammad, contracts signed with the People of the Book and the pagans secured justice in society.

After the migration of the Prophet from Makkah to Medina, he encountered many different communities. At that period, Jews, Christians and pagans who held power were all living together. 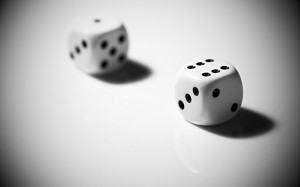 He repeatedly underlined that all that mattered was having sincere faith.

Under such circumstances, the Prophet Muhammad united the cosmopolitan structure to secure social unity and peace by making social agreements- either by sending letters or holding face-to-face meetings- with more than a hundred communities, and thus achieved social compromise.

Prof. Thomas Arnold stresses the importance of the social unity established by the Prophet Muhammad in these words: Arabia that had never before obeyed one prince, suddenly exhibits a political unity and swears allegiance to the will of an absolute ruler. Out of the numerous tribes, big and small, of a hundred different kinds that were incessantly at feud with one another, Muhammad’s word created a nation. (Thomas Arnold, The Spread of Islam in the World, Goodword Books)

As is related in many verses in the Qur’an, living in peace with people of other religions is perceived as good by Islam.

In one verse, Allah commands Muslims to believe in all the holy books revealed by Him and respect their beliefs:

So call and go straight as you have been ordered to. Do not follow their whims and desires but say, “I believe in whatever Allah has sent down (in the form) of a Book and I am ordered to be just between you. Allah is our Lord and your Lord. We have our actions and you have your actions.

There is no debate between us and you. Allah will gather us all together. He is our final destination. (Ash-Shura 42:15)

The above verse describes the relations a Muslim should establish with people of other religions. Muslims are also held responsible for adopting the morality of the Prophet and being compassionate and just towards other people. This person can be anyone, a Buddhist, a Jew, a Christian or even an atheist.

Such honest and just attitudes will make a very positive impact on their hearts, no matter what or who they believe in- or even if they have no beliefs at all- and they will become a means to make them feel closer to Islam.

The article is an excerpt from the author’s book “Justice and Compassion in the Qur’an”.