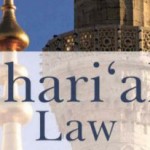 God has provided man with all the means and resources to make his natural faculties function and to achieve the fulfillment of his needs.

Our discussion of the fundamentals of Islam will remain incomplete if we do not cast a glance over the law of Islam, study its basic principles, and try to visualize the type of man and society which Islam wants to produce. Here we undertake a study of the principles of the Shari`ah (Islamic Law) so that our picture of Islam may become complete and we may be able to appreciate the superiority of the Islamic way of life.

Shari`ah… Its Nature and Purport

Man has been endowed with countless powers and faculties and providence has been very bountiful to him in this respect. He possesses intellect and wisdom, will and volition, faculties of sight, speech, taste, touch and hearing, powers of hand and feet, passions of love, fear, anger and so on. These faculties have been bestowed on him because they are indispensable to him.

His very life and success depend on the proper use of these powers for the fulfillment of his needs and requirements. These God-given powers are meant for his service and unless they are used in full measure life cannot become worth living.

Then there is the world in which man lives. His environment and surroundings contain resources of every description: resources which he uses as a means for the achievement of his ends. Nature and all that belongs to it have been harnessed for him and he can make every conceivable use of them.

And there are other men of his own kind, so that they may co-operate with each other in the construction of a better and prosperous life.

These powers and resources have been conferred so that they may be used for the good of others. They have been created for your good and are not meant to harm and destroy you.

The proper use of these powers is that which makes them beneficial to you; and even if there be some harm, it must not exceed the unavoidable minimum. That alone is the proper utilization of these powers. Every other use which results in waste or destruction is wrong, unreasonable and unjustified.

For instance, if you do something that causes you harm or injury, that would be a mistake, pure and simple. If your actions harm others and make you a nuisance to them, that would be sheer folly and an utter misuse of God-given powers. If you waste resources, spoil them for nothing or destroy them that too is a gross mistake.

Such activities are flagrantly unreasonable, for it is human reason which suggests that destruction and injury must be avoided and the path of gain and profit be pursued. And if any harm be countenanced, it must be only in such cases where it is unavoidable and where it is bound to yield a greater benefit.

Any deviation from this is self-evidently wrong. Keeping this basic consideration in view, when we look at human beings, we find that there are two kinds of people: first, those who knowingly misuse their powers and resources and through this misuse waste the resources, injure their own vital interests, and cause harm to other people; and, second, those who are sincere and earnest but err because of ignorance.

Those who intentionally misuse their powers are wicked and evil and deserve to feel the full weight of the law. Those who err because of ignorance, need proper knowledge and guidance so that they see the Right Path and make the best use of their powers and resources. And the code of behavior, the Shari`ah – which God has revealed to man – meets this very need.

The Shari`ah stipulates the law of God and provides guidance for the regulation of life in the best interests of man. Its objective is to show the best way to man and provide him with the ways and means to fulfill his needs in the most successful and most beneficial way.

The law of God is out and out for your benefit. There is nothing in it which tends to waste your powers, or to suppress your natural needs and desires, or to kill your moral urges and emotions. It does not plead for asceticism. It does not say: abandon the world, give up all ease and comfort of life, leave your homes and wander about on plains and mountains and in jungles without bread or cloth, putting yourself to inconvenience and self-annihilation.

This viewpoint has no relevance to the law of Islam, a law that has been formulated by God Who has created this world for the benefit of mankind.

The Shari`ah has been revealed by that very God Who has harnessed everything for man. He would hardly want to ruin His creation. He has not given man any power that is useless or unnecessary, nor has He created anything in the heavens and the earth which may not be of service to man.

It is His explicit will that the universe – this grand workshop with its multifarious activities – should go on functioning smoothly and graciously so that man – the prize of creation – should make the best and most productive use of all his powers and resources, of everything that has been harnessed for him on earth and in the high heavens. He should use them in such a way that he and his fellow human beings may reap handsome prizes from them and should never, intentionally or unintentionally, be of any harm to God’s creation.

The Shari`ah is meant to guide the steps of man in this respect. It forbids all that is harmful to man, and allows or ordains all that is useful and beneficial to him.

The fundamental principle of the Law is that man has the right, and in some cases the bounden duty, to fulfill all his genuine needs and desires and make every conceivable effort to promote his interests and achieve success and happiness – but (and it is an important ‘but’) he should do all this in such a way that not only are the interests of other people not jeopardized and no harm is caused to their strivings towards the fulfillment of their rights and duties, but there should be all possible social cohesion, mutual assistance and co-operation among human beings in the achievement of their objectives.

In respect of those things in which good and evil, gain and loss are inextricably mixed up, the tenet of this law is to choose a little harm for the sake of greater benefit and sacrifice a little benefit, so avoiding a greater harm. This is the basic approach of the Shari`ah.