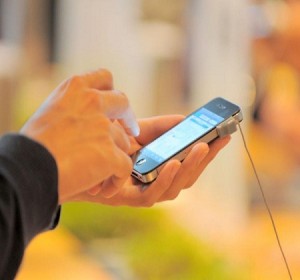 The author talked in the first part about the modern and ever-evolving technology and means of communication as effective and easy tools for propagating Islam far and wide, which can be used by almost every Muslim. In this part, the author continues to shed light on this issue and lay out some points of help along this new-found way of da`wah.

Some guidelines that can help keep your website da`wah friendly:

1. Keep sites small, simple, clear, and organized. With more and more people accessing the web using their mobile and hand-held devices, a complex and maze-like site is near impossible to navigate. Include what the site is about, who it’s for, who’s behind it, what we can find in it and why. There’s no point to androgynous, nameless, anonymous Islamic sites. People crave a personal connection, so why not share who you are and what you’re about as a Muslim.

2. Share, collaborate, and work with others that have the same goals and interests. What’s better? Having 10 tiny sites with a few articles here and there on “Women in Islam” or having one collaborative site by ten people on women in Islam? Obviously, synergy is better. Let’s strengthen and grow what we have already. Then, strive to expand your site, recruit contributors and moderators, and make your website a collective effort. We can also work with non-Muslims in our shared goals as well. It’s of interest to note that in Surat Al-`Asr, Almighty Allah mentioned universal principles that we all share. So, a site on hijab can collaborate with those of other religions that talk about their covering traditions. A site on a Muslim soup kitchen should link with other charitable groups.

3. Avoid controversial Islamic issues and fatwas; let’s leave those to the real scholars. Some sites can easily degrade into fighting over five issues: Shia/Sunni, moonsighting, meat, music, and mawlid. It can get ugly. People also ask difficult complex fiqh questions because they really need help. It’s easy to give them an answer, but we may not have the wisdom or knowledge to give them the best answer. For example, we could give them a very strict, difficult opinion we know of, while there is an easier and just as Islamic way out there. We’re also unable to know all the details and conditions of a person’s problems or follow up with them. Leave it to the professionals.

4. Use wisdom and kindness when speaking to other Muslims and to non-Muslims. Follow the general Islamic guidelines and proper conduct when dealing with each other and with the opposite gender. It’s amazing what some people say online. I’m reminded of an old Dawud Wharnsby song, “We use so many words but have so little to relay/ as angels scribble down every letter that we say/ All the viral attachments sent and passionate insults we vent/ It’s easy to be arrogant behind user passwords we invent/ But on the day the scrolls are laid, with every word and deed displayed/ when we read our accounts, I know, for one, I’ll be afraid.” People may think they’re anonymous, but guaranteed you are not. Remember that literally thousands of people are reading your words, including many many non-Muslims — and government agencies. We forget that words have a powerful effect even through a computer screen. Arguing with your Muslim brother/sister to such an extent where hate starts to bloom is just wrong. A Golden Rule: Never post when you’re angry. Wait a day or two, and then respond calmly.

5. While “counter” websites are needed, such as those dispelling myths, countering religious dogmas, and refuting certain anti-Islamic sites, it’s better to create positive websites about Islam. We can talk all day about how X is wrong, but it will not bring a person to Z. Any form of negativity also can keep people from learning more. Again, we’re not trying to forcibly convert anyone. We just want to show the truth about Islam and Muslims so people can understand it and us.

6. Allow some room for interactivity, so you’re not just sticking static pages out there. Imagine a very long lecture without any Q&A at the end! You can enable comments or have some kind of guestbook or even have an email address available. Rather than sending a one way dissemination of knowledge, you end up with relationships and conversations. This brings a website to life. Don’t mind the haters. Feel free to censor them and keep your comments moderated. There are so many Islamic videos/sites with disgusting comments. There’s no need to have them there.

7. Stick mostly to English (or your main language) and explain concepts and words where possible. Too much of Arabic or a different language may cause people not to understand what you’re saying. It may even make Islam seem like a foreign religion only for foreigners. Even if your site is for Muslims only, not everyone knows complex Islamic terminology, Arabic or Arabic script. It’s very difficult to learn about Islam when you also have to learn Arabic and learn all about Arab and Desi (Indian and Pakistani) cultures! Also, keep things relatable to your audience. Using examples like going to the Souk is probably going to be foreign to westerners, just like ordering a pizza would be inexplicable to someone in Damascus.

8. Balance design versus content, form versus function. There are many beautifully designed and technically advanced sites with little value content wise, and there are some sites that are so rich in information and resources, but have no infrastructure. People don’t know how to access the information available or even that it’s there. Try to keep both in mind, as both are important.

9. Attribute, get permission, and follow internet protocols and copyrights. It’s not cool to steal. This is because people spend time and energy to create something, just like you, and they want it to be out there a certain way. Most authors/artists have no problem with sharing as long as you ask their permission. To recreate or copy someone’s entire site is redundant. Why not join others or contribute something new instead?

10. Lastly, this may seem strange, but the most important concept for Islamic webmasters/app designers/admins to remember, is to be fair. Be fair to your users, to your competitors, to other Muslims, to non-Muslims, and to the greater internet sphere. Be open-minded and just in how you present things, how you attribute things, and how you handle things. You might be the creator and administrator, but you’re more like a diplomat at the UN. Everyone has their rights and everything should be balanced. Give people your time and help. Respond to all those who email you, write to you, and even criticize you. Stick to what you know and can do. There’s an Arabic proverb that says, “One cannot give what they do not have.” If we are not educated in an Islamic topic, we should not talk about it; if we do not know the politics of a region, we should not enter into a debate over it. In the same way, whatever we create should be something we have knowledge of, and a love for.

Let the beauty of what you love be what you do.

I hope one day to find such diverse sites as a comprehensive commentary on all those “controversial verses” in the Qur’an, academic and interesting responses to current Islamic issues in the media, a detailing of the Muslim response to 9/11, Muslim bloggers and tweeters with thousands of dedicated inter-faith followers, interactive live streaming of every Muslim-related event in North America, and of course, a site on how to make the perfect Ramadan cupcakes!

Taken with kind permission from suhaibwebb.com.

Jannah is the founder of Jannah.org, one of the first Islamic websites ever, and is also the founder and administrator of two discussion-board sites, themadina.com and halfmydeen.org. Jannah can be reached at [email protected]