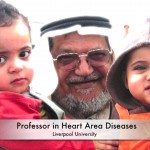 Al-Sumait was a qualified doctor specializing in internal diseases and gastroenterology before becoming involved in charity work.

A few days ago the Islamic world has lost a great man and a giant philanthropist with the demise of  Abdul Rahman Al-Sumait, 66-year Kuwaiti leader who dedicated his life to serve humanity and help the poor around the world, particularly in Africa.

Besides deep sorrow and emptiness in hearts of those who know him or know about him, Al-Sumait’s passing has left a living legend in charity and da`wah work as well.

Sheikh Abdul Rahman Al-Sumait is the proof that once there were true giants on earth in our time. We pray to the Almighty Allah to forgive him and have mercy on his soul.

Al-Sumait is well known for his charity work all over Muslim countries with a credit history of humanitarian work, impressive devotion to providing care for the poor, orphans and patients around the world.

Abdul Rahman bin Hamood As-Sumait, an Islamic da`i (caller to Islam) and role model in charitable work, was born in Kuwait in 1947.

He was a qualified doctor specializing in internal diseases and gastroenterology before becoming involved in charity work. He graduated from the University of Baghdad with a BS in Medicine and Surgery, a diploma in Tropical Diseases from the University of Liverpool in 1974, and then completed his postgraduate studies specializing in internal diseases and the digestive system at McGill University in Canada.

Since 1983, when he was 35 years old, he dedicated himself to work in Africa Muslim Agency/Direct Aid as a general secretary, then chairman until 2008. Until his passing he was the chairman of Charity Work Studies Center.

He conducted detailed studies on Africa’s political, social and economic affairs ; Ethiopia, Eritrea, Djibouti, Kenya, Mozambique, Malawi, Zambia and Angola being some of the 40 countries his work was focused on.

A Legacy of Charitable Work

The 35-years old young Al-Sumait decided to move and live in Africa, dedicating 29 years of his life there with his wife, contributing and providing millions of starving children with food, education, shelter, and religion.

He founded the Kuwait based charity “Direct Aid”, previously known as the Africa Muslim Agency, in 1981.

Operates in more than 40 countries, “Direct Aid” has a vast network helping impoverished people suffering from economic and social crisis.

He served as the Secretary General of  Africa Muslims Agency since he established in 1987.

He established “Kuwait Relief Agency” and has served as CEO since 1987 and also was Honorary Health Attaché for the Kuwait Embassy in Kenya.

He served as its President of the Board of Directors as well as the Chairman of Research and Islamic Studies.

He built 840 educational facilities- including four universities- and 90 clinics and hospitals, constructed 12,000 artesian wells and helping thousands of people understand and embrace Islam in Africa.

A Kenyan-based  Islamic university, which opened its doors a week ago, is a latest accomplishment added to Al-Sumait’s many noticeable achievments.

The university, which has received official recognition, is offering Kenyans degrees in medicine, engineering, business, information technology and strategic Arab and Islamic studies. It has been the brainchild of Al-Sumait since 1998. 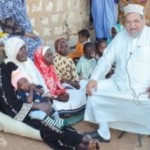 Sheikh Abdul Rahman Al-Sumait spent more than a quarter of a century in Africa leaving behind a life of ease, comfort and abundant wealth.

Of His Accomplishments in Africa:

– Millions people, including priests and bishops, converted to Islam at his hands

A Model Worth Following

With relentless efforts to charitable and da`wah work in Kuwait and worldwide, Al-Sumait is a role model for all da`is (callers to Islam), humanitarian workers and philanthropists around the world.

Sheikh Abdul Rahman Al-Sumait spent more than a quarter of a century in Africa leaving behind a life of ease, comfort and abundant wealth. He would come to Kuwait just as a visit or for treatment. He also exerted work in the Eskimos and Iraq.

He took a series trips in the jungles of Africa facing the horrors and risks of its forests risky, exposing himself to danger carrying peace and relief for Africa for the sake of God.

In fact Muslims need more people like Dr. Abdul Rahman Al-Sumait, such exemplars of devoted Muslims giving money, time, effort, and humanitarian assistance to the poor and needy around the world.

It’s how Zakah, the third pillar of Islam, should be implemented to effectively reduce others’ suffering.

Sheikh Al Sumait gave his time, skills and efforts to assist those in need, executing numerous projects that helped impoverished people of to ease their life from poverty.

Al-Sumait was recognized and honored by different Islamic organizations for his prominent charity efforts. He received  a number of honors and awards, shields and certificates rewarding him for his efforts in philanthropy.

– Award of chairmen of the Gulf Cooperation Council held in Muscat,1986;

– Award of the Gulf Cooperation Council for serving the scouting movement;

– Award of the two rivers of the first class provided by the Republic of Sudan 1999;

– Honored PH.D in the field of Islamic Call from Om Dorman Islamic University in March 2003;

– Fars  Award from the president of the Republic of Benin 2004; 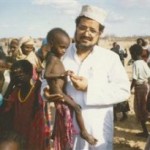 The name of Abdul Rahman Al-Sumait is well known for the poor, hungry, widows, and orphans of Africa.

Words to Remember, Learn From

About his work in da`wah field and charity,  here’re some of Sheikh Al-Sumait’s sayings:

– “During the years of my work for more than a quarter of a century in Africa was more than what goes into joy in my heart, that I see people raise the index finger to the top and announce unification certificate.”

– “The development of the method of invitation should firstly be approved by the Qur’an and the Sunnah, then by the nature of each community. So look at priorities, values ​​and habits of societies that are different from one another.”

– “I was twice imprisoned, and tortured in Baghdad until the meat is ripped from my face and my hands and feet! But I was sure I will not die until the moment by God comes to me.”

– “Through my experiences in da`wah in Africa for more than a quarter of a century, I make sure that good treatment is the best way to call.”

– “Even a non-Muslim African human sympathizes with Islam because of the war on Islam, and some of them embraced it.”

– “I live in order to save my brothers on the continent, and die for it is still the main objective. So far away I have no time now to think otherwise.”

– “I find the taste of happiness when a forefinger rise to the sky testifying for the first time to the oneness of God.”

– “Not all of you are to go to Africa to call to Islam, but never stop calling in your home and within your community and be an example to them and deliver it well.”

– “Each and every one of us must have this message; to change this world to be a better world for all people!”

– “The most dangerous to Islam in Africa from hunger and Christianization is the transfer of the differences of the Arabian Peninsula to the African continent.”

I need personal email of Abdul Rahman Al-Sumait, the legend philanthripist. I want to communicate with him for financial support. Kindly reply to my request. Thanks