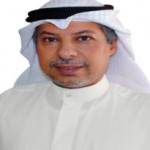 Dr. Al-Ajeel called to make the most of the Olympic Games “which attracts widespread international interest”.

Electronic Da`wah Committee (EDC) will participate in introducing Islam during next year’s football world cup in Brazil, employing a variety of methods and new technological tools in both English and Portuguese , the EDC announced at the World Assembly of Muslim Youth  (WAMY) in Riyadh.

“Such global events are ripe environments for fruitful exchange of ideas, opinions, and cultures. It is as well a great opportunity to introduce Islam to all people, particularly to those whose hearts are inclined towards Islam, thirsty to learn about it,”  Dr. Abdullah Al-Ajeel, chairman of E-Da`wah Committee affiliated to Al-Najat Charity Society, said during a forum held under the WAMY for the purpose of seizing on the global gatherings to present the true Islamic teachings to millions of visitors.

After the great success of the ‘Know Islam’ campaign during the 2010 FIFA world cup in South Africa, the World Assembly of Muslim Youth will launch its second during the 2014 World Cup.

Under the theme “Da`wah in 2014 FIFA World Cup” the forum discussed how to ensure effective coordination of efforts to introduce the message of Islam during the 2014 during the 2014 world football tournament.

In that context Dr. Al-Ajeel called to make the most of the Olympic Games “which attracts widespread international interest and large international audiences from all over the globe”.

“And what’s special about next year’s is that it is held in one of the world’s largest soccer arena of most successful team in FIFA World Cup history, where thousands of gifted players captivate the attention of billions of fans from all over the world drawing them in to keep track of their favorite teams.”

“Brazil has a huge Muslim community with around one and a half million, represented by 80 organizations and Islamic centers, more than 100 mosques with some 60 imams and preachers over Brazilian key states,” Al-Ajeel added.