Like all the previous prophets, Prophet Muhammad tried to found a believing nation from amongst the disbelieving society whose people worshiped idols instead of the Creator. How did he do that?

The Prophet … The Mission 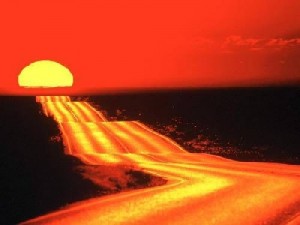 The Prophet assured his people that what he was calling to was only the truth.

On the spot, the Messenger of Allah (peace and blessings be upon him) called his wife, Khadijah, saying, “Oh Khadijah! From now on, there is no time for sleep.” He then embarked on his call to monotheism.

As a response to the divine command: “And admonish your nearest kinsmen”,

Prophet Muhammad ascended the mount of As-Safa and started to call out his people. He called them to accept Islam and then he said to his daughter, “Oh Fatimah! Exert yourself in doing good, for I have no power to save you (from Hell-fire) on the Day of Judgment.”

Say, “O men! I am sent unto you all, as the Messenger of Allah, to Whom belongs the dominion of the heavens and the earth: there is no god but Him; He gives life and causes death. So believe in Allah and His Messenger, the unlettered Prophet, who believes in Allah and His Words, and follow him that you may be guided.” (Al-A`raf 7:158)

1- The Prophet (peace and blessings be upon him) assured his people that what he was calling to was only the truth and what others called to was falsehood and that the Qur’an is an all-embracing law. Almighty Allah says:

2- He also taught them that as long as they are adherents of the truth and bearer of the divine guidance, they must guide mankind to this way as well. In the noble Qur’an, Almighty Allah says:

You are the best nation ever produced for mankind. (Aal `Imran 3:110)

3- He, moreover, stressed that as long as they follow the truth, Allah will always grant them help, support, guidance, and victory, especially when people forsake them.  Allah says:

Allah will certainly aid those who aid Him (His cause); verily Allah is full of Strength, Exalted in Might(Al-Hajj 22:40)

Allah has decreed: I will surely overcome, I and My Messengers; verily Allah is Powerful and Exalted in Might. (Al-Mujadilah 58:21)

Quraish negotiated with Abu Talib to hand his nephew over to them so they could kill him. They also offered the Messenger of Allah money, women, medicine, and authority on one condition: that he stop his call. But, the Prophet (peace and blessings be upon him) refused. In this context, the noble Qur’an unequivocally announced:

The people of Quraish decided unanimously to boycott the Messenger of Allah, his Companions, and all those who sympathized with them. They determined not to have any business dealings or marriage relationship with them until they perish or hand the Prophet over to them to be killed. They wrote this down as a formal boycott.

Abu Talib, on the other hand, called on Bani Hashim and Bani Al-Muttalib to support Muhammad (peace and blessings be upon him). All of them agreed except Abu Lahab and his wife. Hence, the Prophet, his Companions, and their supporters stayed in Abu Talib Shi`b (mountain pass) for three years. They were starving and thirsty, and ate grass. However, they never stopped calling people to Islam. As the situation continued, Quraish divided into two groups as to whether the boycott should end. A group of them did actually plan to repeal the boycott. At the end of that year, the Prophet and his Companions left the shi`b.

After ten years into the Prophet’s mission, Abu Talib passed away. Only after three days of the latter’s death, Khadijah died. This caused great grief to the Prophet (peace and blessings be upon him). Now that his uncle was dead, Quraish started again its bad treatment towards the Prophet to the extent that they sprinkled sand on his face and put the amnion of camels on his back while he was prostrating at the Ka`bah.

Faced with the rejection of Makkans, Prophet Muhammad went out to At-Ta’if and stayed there for a month with the aim of proclaiming his message. He called the people of Thaqif to belief in Allah, but they refused his call and ordered their foolish ones to hurt him.

Afterwards, the Prophet met someone called `Addas, who kissed his hands and feet as he got acquainted with his mission. On his way back to Makkah, a company of Jinn listened to him and believed in him, as revealed in the noble Qur’an. Then, he entered Makkah under the protection of Al-Mut`am ibn `Adiyy.

Taken with modifications from OnIslam.net. Written by Sheikh `Abdul-Khaliq Ash-Sharif –