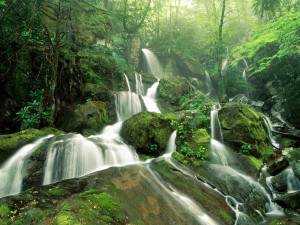 To live or die for anything or nothing is the thinking of the unwise, whereas wise men and women do not live or die save for great and inspiring goals.

Thus, when the need arises, you find them willing to sacrifice their own lives for the sake of the lofty goals in which they believe. Some of them consider their own words and beliefs mere toys made of wax, but, whenever they have to die for or because of them, these words and beliefs turn into living, prime examples that inspire those who are left behind.

This is what one understands every time he or she reads the glorious Qur’an, especially the narrative of the young boy whose story is briefly hinted at in Surat Al-Buruj. It is also elucidated in an authentic hadith narrated by Imam Muslim.

According to the story narrated there, after the miracles showed by Almighty Allah through the young boy’s hands had been revealed to everyone, the king intended to have him killed. The king sent him with his soldiers and said to them, “Take him to such and such mountain; make him climb up that mountain, and when you reach its top, ask him to renounce his faith; if he refuses to do so, throw him down the mountain.”

The soldiers took the boy and did what they were commanded to; upon that, the boy said, “O Allah, save me from them in any way You like.” Then, the mountain began to quake, and they all fell down except for the young boy, who came back to the king walking.

The king was surprised, yet he decided to make another attempt to have him killed. Again, he handed him to some of his courtiers and said to them, “Take him and carry him in a small boat, and when you reach the middle of the ocean, ask him to renounce his religion, and if he still refuses, then throw him into the water.”

So, they took him, and again, he said, “O Allah, save me from them and what they want to do.” It was quite soon that the boat capsized and they were drowned, and the boy came back once again walking to the surprise of the king.

Why did the young boy invoke Almighty Allah not to let him die in either way (falling from the top of the mountain or drowning in the sea), though any of these two deaths would have been martyrdom in the cause of Allah?

This and other questions arise every time one reads a similar story in the Qur’an or the Sunnah. The purpose of relating these stories is not entertainment. Rather, they are related in these two main sources of Shari`ah (i.e. the Qur’an and the Tradition of Prophet Muhammad, peace and blessings be upon him) to give us a chance to contemplate over their incidents and thus deduce lessons of wisdom that may help us go through this present life.

To my mind, the young boy supplicated Allah for salvation in the two incidents because should he die in this way, no one would ever hear of his death and thus he would have made no difference. It is true that if he died in any of these two attempts, he would have been a martyr. But, a discerning look at the whole story makes one believe that martyrdom was not his sole, final goal. He had something else in mind: To scheme a perfect plan aided by the Creator of everything.

His scheme was to expose the big fallacy engraved in the minds of people regarding the godhood of the king and his claimed infallibility. By this, he wanted to hit two birds with one stone. He wanted to earn martyrdom in the cause of Allah and, at the same time, persuade people to regard the king as a mere vulnerable human being, nothing less and nothing more.

He wanted them to revolt against the king and to voice their would-be newly discovered beliefs: You are not a god — you are just a human being like the rest of us; you need to eat and drink, and you also need to relieve yourself in the water closet. Therefore, there must be a capable deity that sustains the whole world; this Deity should be so powerful and mighty and must be the Lord of the young boy!

That is why the young boy came back walking to the king after surviving the second attempt to show him the only way in which he himself can be killed. Heedless as he was, the king rejoiced and missed the whole point. By the death of the young boy in the way he advised the king, the latter’s own kinghood would disappear and his own lies would be exposed.

The story continued as the young boy said to the king, “You cannot kill me until you do what I ask you to do.” The king asked, “What is that?” The young boy said, “You should gather the people in a plain and hang me by a trunk of a tree. Then, take hold of an arrow from the quiver and say, ‘In the name of Allah, the Lord of the young boy’ before shooting the arrow. Only in this way will you be able to kill me.”

Shrouded in his deep obliviousness, the king called the people in an open plain and tied the young boy to a trunk of a tree. Exactly as the young boy told him, he took hold of an arrow from his quiver and then placed the arrow in the bow and said loudly, “In the name of Allah, the Lord of the young boy.” He then shot the arrow, which hit the young boy’s temple.

This is what the young boy exerted himself to do and this is what he strived for: To let the people, all people, see with their own eyes the truth about the Lord of all worlds and the falsehood and incapability of the king. Witnessing an event is indeed far more effective than only hearing about it. As the saying goes, an eyewitness is better than hearsay.

Afterward, the courtiers came to the king and said, “Do you not see that Allah has actually done the very thing you always wanted to avert? The people have affirmed their faith in the Lord.” The king commanded his courtiers to dig ditches at important points in the path. When these ditches were dug and fire was set in them, it was said to the people, “Those who refuse to leave the boy’s religion would be thrown in this fire.”

Indeed, that is how all tyrants deal with issues related to freedom of thought and freedom of belief: They burn people out! They commit those savageries without even discussing the basis on which the people made their own choice, whether it is right or wrong. They leave no place for discussion, no time for negotiation, and no will for initiating any change whatsoever. Either people accept the tyrant’s way or they get themselves thrown in the fire!

Eventually, the people preferred to die rather than renounce their newfound faith. Yet, among them was a woman who came with her baby between her arms and hesitated to jump into the fire. To her astonishment, the child — still a baby — said to her, “O mother, endure this ordeal, for it [the newfound religion] is the Truth.”

Yes, surely it is the Truth. Nowadays, in this critical time when Islam and its great Messenger, Prophet Muhammad (peace and blessings be upon him), are defamed day and night, Allah’s religion requires us, all of us, to live by and for this truth in all aspects of life.

We should endeavor to achieve once more what was achieved by Prophet Muhammad and his Companions in the past. They succeeded in making Islam firmly established in the land with all people acknowledging and respecting it and with no fear of injustice or coercion whatsoever. They succeeded in rendering Islam a powerful and constructive entity that protects the weak, sustains the needy, and stands in the face of tyranny and injustice of whatever form or severity.

One day, one of my teachers told me that in one way or another, all characters of that story can be found in our time except for only one character. One can find the king, the soldiers, and of course the masses. However, the only character that one cannot find is the young boy who had endeavored to call for Allah and at whose hands victory came in fulfillment of Allah’s promise; a promise to grant victory to those who believe and exert themselves for His sake. Almighty says in His glorious Qur’an:

And indeed Allah shall definitely give victory to whomsoever vindicates Him. Surely Allah is indeed Ever-Powerful, Ever-Mighty. (Al-Hajj 22:40)

Now, can you, yourself, be that young boy?