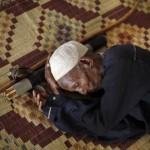 We will have no excuse to offer before Allah, the Almighty, for our negligence and failure to support our brothers who are annihilated, burned and dismembered alive

With sorrow and a sense of grief, we watch a further episode of persecution, genocide and torture suffered by our brothers in the Central African Republic on both religious and ethnic bases.

It is an utter disgrace to all mankind at such a time which we thought that such wars contradicting all laws, religious and national traditions and charters of human rights have become outdated. Such sorrow is deepened by such absolute international ignorance of what is going on as if those people were not such human beings who have the freedom of choice and religion.

While the attitude of the Western and non-Muslim worlds is disgraceful enough, the attitude of the Muslim world, mainly the Muslim scholars, Da`iyahs and preachers, is much more shameful. We are a body-like community, which if one member thereof complains of something the whole body will, as a result, suffer sleeplessness and fever as the Prophet Muhammad (peace be upon him) put it.

We will have no excuse to offer before Allah, the Almighty, for our negligence and failure to support our brothers who are annihilated, burned and dismembered alive given the multiplicity and diversity of the ways of support, which has no longer been restricted to the traditional form involving carrying weapons and withstanding aggressors.

In the age of globalization and governance, we have several means for supporting our brothers; hence comes the role of da`iyahs in particular, given their influence over the community and loud voice echoing all over the Muslim world.

More specifically, here are some ways and means which da`iyahs should use to support their brothers in the Central African Republic in particular and all Muslims persecuted all over the world who are recently increasing in number in general:

1- Da`iyahs should awaken the community to play its desirable and suitable role through stressing the values of philanthropy and the civilized advancement milestones. Towards this end, they should master the jurisprudence of priorities and develop their discourse in line with the challenges facing the community. 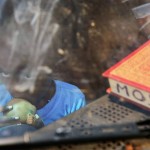 Given their influence over the community and loud voice echoing all over the Muslim world, Muslims preachers do have a role to play.

2- Da`iyahs should focus on the one-body discourse so that they will arouse the overall brotherhood spirit which exceed borders, regions and barriers to such an extent that a Muslim will empathize with his brother’s pain no matter how apart the countries and homelands may be.

3- Da`iyahs should spread the word about the events taking place in the Central African Republic and similar events and put them in such a suitable context which fits in with the bigness of the event among the events and disasters afflicting the community as a whole. Thus, we should not be distracted altogether by a political problem in one country from killing, burning and sabotage taking place in another country.

5- Da`iyahs can launch campaigns pressurizing the governments and the officials into playing a role in supporting those persecuted Muslims.

6- The human rights centers and associations all over the world should be addressed and got to face up to responsibility and play their role in this crisis.

7- Campaigns should be launched and public opinion should be molded in the Western countries especially those supporting war against Muslims to embarrass their governments before their peoples and cause them to reduce their support for criminals.

8- Economic boycott can be imposed on the countries supporting war on the Central African Muslims.

9- Lawsuits can be brought before the international courts which are competent to try war criminals.

10- The events taking place in the Central African Republic should be exploited to explain the difference between our Islamic religion based on justice, tolerance and the acceptance and containment of the other, illustrating the Islamic etiquette, values and ethics at war which prohibit cutting down trees or killing animals, not to mention killing non-combatant people on the one hand and what is going on now against Muslims at the hands of the followers of the other religions who sometimes draw near to their Lord and get promoted among the clergy through such inhumane practices on the other hand.

Finally, such are some suggestions which Allah inspired me to bring forward to my fellow da`iyahs. They are subject to addition and modification according to the conditions, locality and environment of each da`iyah.

I pray to Allah, the Almighty, to employ us to support His religion, not to replace us with other people and enable us to support our brothers and stop their bloodshed. Truly, He is Omnipotent, Almighty.