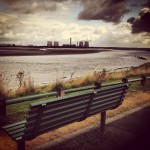 The trick with influencing people is getting them to see your side of things, and argumentation does not lead in that direction.

Part of da`wah is trying to expose other people to the truth of Islam, hoping that with guidance from Allah they will recognize it as the truth and accept it. We have the examples of prophets in the Qur’an, and we have the example of our own Prophet Muhammad (peace be upon him) in giving da`wah through different methods.

But still many people take the approach of argumentation. And that’s why it’s important to read things like “You can’t win an argument,” which is the title of this particular chapter in the Carnegie book “How to Win Friends & Influence People”.

After learning how to handle people, and then getting them to like you, the next step is influencing them. And the first thing non-suave people try when they want to change someone’s mind about something is to argue the point. So the author tries to break the mentality of argumentation.

He writes, “there is only one way under high heaven to get the best of an argument – and that is to avoid it. Avoid it as you would avoid rattlesnakes and earthquakes.”

If you lose an argument, you lose it. If you think you’ve won an argument, by tearing down the other man’s belief system, you’ve probably just made him really hate you. And if he hates you, he’s not very likely to take your point of view, is he? A little limerick:

A man convinced against his will

Is of the same opinion still.

The trick with influencing people is getting them to see your side of things, and argumentation does not lead in that direction. Instead, it creates resentment and firmly entrenches people in their original point of view.

I’ve seen before some non-Muslims who argued with Muslims, and the Muslims very skillfully utterly destroyed their opponent’s argument. But the non-Muslim is then hurt, hates Islam more than ever, and comes back soon thereafter pushing some tremendously weak and foolish argument against Islam, which they believe.

That is, the non-Muslim is then even more likely to believe outlandish claims against Islam since they are looking so hard for evidence to support their conclusion. In short, the arguing just led them further away from Islam.

Carnegie’s book then offers tips to help prevent what is a simple disagreement from becoming an outright argument.

We can’t all be clones of each other – variety of opinion is natural and beneficial. Others might see things that we do not, have experience or knowledge that we do not, and disagreement is a great starting place for learning.

A lot of times when facing a disagreement we tend to feel defensive about our position, which is not a great way to proceed. Instead, we should be open and calm. Feeling defensive might bring out our worst behavior.

Getting angry will only acerbate a tight situation. Stay calm.

Remember that the other person has something to say that is as important to him as what you have to say is important to you. Respect that. If you don’t let him get his point across, he’ll never be able to listen to you.

If you interrupt and try to argue by defending your position while he’s talking, or debating, then you’re effectively setting up barriers to resolution. It makes things harder, not easier, when you interrupt that way. Better to let them get their word out. (And it should go without saying, try to understand what they’re saying, and sympathize with their point of view. Don’t just ignore it when you do get to talk later on.)

That’s why you need to be listening; to find points on which you can agree. After he’s heard out, it’s a good place to start where he doesn’t need to be defensive, so start with areas of agreement.

7- Promise to Think over and Study His Ideas

And mean it. You know, he might actually be right about something, in which case it’s worthwhile to look at his point of view. Suppose you’re planning a trip with someone, and you both want to take different routes. You pick the shorter one, and he picks a different one that avoids road construction.

Could be that your route is shorter but won’t work because a road would be closed and you’d need a detour. Wouldn’t it have been worth listening to him if he tried telling you that the road had construction and might be closed?

He’s probably interested in the same things you are, if he took the time to disagree with you, and it’s likely that you’ll both learn from the experience (provided you’re not engaged in detrimental argumentation.)

So both sides then think through the problem. I think that opinions (especially about something so deep as religious beliefs) cannot change overnight, just like habits cannot, or body composition. It takes a little bit of time. T

he very least that can come of this is that you better understand your opponent’s position, and you’ll be in a better position to provide him with information that will benefit him.