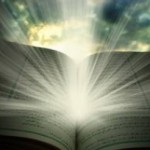 Sharing Islam’s beautiful way of life with others will go a long way and impact positively on our local environment and society.

When the word da`wah is mentioned, we are generally talking about enjoining the good (al-ma`ruf: Islamic monotheism and all that Islam orders one to do) and forbidding the evil (al-munkar: polytheism, disbelief and all that Islam has forbidden) to Muslims as well as non-Muslims.

Now this da`wah can take a variety of forms including directly through a conversation with someone about Islam, and indirectly through distributing a leaflet, CD, or book about Islam. Therefore, it is not limited to one format or group of people. Later, in sha’ Allah, we will address how Muslims can give da`wah.

But first, I thought it would be good idea to look at some of the many benefits we can derive from taking part in giving da`wah to help boost our participation in this great act.

1- Fulfill an Obligation upon Us

Da`wah is recognized by the majority of scholars as being obligatory upon every Muslim. Therefore, we can interpret that the act of da`wah is something of great importance within Islam and more importantly to Allah (Glorified and Exalted be He). Consequently, by fulfilling our obligatory acts we can look to achieve the pleasure of Allah and get close to Him. As it states in a hadith, Allah says:

This beautiful hadith highlights the massive reward of completing the obligatory acts that can motivate us to carry out this important duty.

In contrast, it is worth considering the consequences of neglecting something that is obligatory upon us. For example, we understand Allah has prescribed 5 daily prayers and the severe consequences we may face for missing just one of those prayers.

Consequently, we should give great consideration to da`wah before abandoning or even neglecting this and therefore look to making it part of our lives in some way, shape or form.

2- Doing the Job of Our Beloved Prophet

The occupation of the Prophet Muhammad (peace be upon him) along with all other prophets was to be a da`i (caller to Islam). For us to be given the opportunity to follow in the footsteps of the greatest man to have ever lived is a huge honor and favour given to us by Allah.

As we are followers of Prophet Muhammad the responsibility of continuing this work falls on our shoulders, which is something worth remembering. So we should try to keep in mind of whom we are imitating by giving da`wah. In sha’ Allah, this will inspire us to continue with this important duty by following the one who should be more beloved to us than ourselves.

The Prophet said: “None of you will have faith till he loves me more than his father, his children and all mankind.” (Al-Bukhari)

It can be easy to say ‘I like or love that person’, but proving that affection can only be done through actions which can involve telling others about the qualities of that person and emulating the ways of that person. As the saying goes, actions speak louder than words.

3- Be From Those Remembered in the Supplication of Others

Through helping someone revert to Islam or return to practicing Islam, In sha’ Allah you will find that person being a happier individual than before. As an expression of gratitude, it is often likely that a person will personally thank you. Hopefully they will also remember you in their supplications for being there to give them valuable advice, offer support and pass on beneficial knowledge to help direct them to the straight path.

Also, as the Prophet says:

“God, His angels and all those in the heavens and on earth, even ants in their ant-hills and fish in the water, call down blessings on those who instruct others in beneficial knowledge.” (At-Tirmidhi)

This highlights the great rewards that can be achieved through giving da`wah and passing on useful knowledge to others. Being remembered in the supplication of others is something we should all want to have.

4- Be Part of the Change You Wish to See

It is a bit of a cliché when people talk about the state of the Muslim world and the attacks by the media etc. But for change to come about, we would need to change ourselves and look at what we realistically are able to achieve as Allah says:

Verily! Allah will not change the good condition of a people as long as they do not change their state of goodness themselves. (Ar-Ra`d 13:11)

This can involve little changes for example giving da`wah to a non-Muslim colleague about Islam or looking at our own areas of weakness as individuals and looking to rectify those weaknesses with the help and grace of Allah.

We cannot change the world individually and Allah is not expecting us to either. However, we should try to strive and impact positively on our local environment and society with whatever skills and abilities He has blessed us with.

I am sure we would wish to see those around us, such as our friends, family and neighbours, from being of those that are pious and righteous. Sharing this beautiful way of life with others will go a long way to making this happen.

5- Strengthen Your Faith, Relationship with Allah

It is commonly mentioned by those involved in da`wah that the first person to benefit from the knowledge passed on is yourself.

Through continuously passing on the message of Islam and reminding others of the greatness of Allah you indeed strengthen your belief and relationship with Allah and His chosen way of life. Consequently, this helps to prevent you from becoming neglectful of Him.