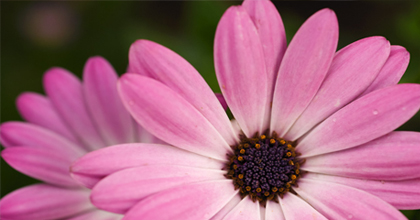 Proper Da`wah should appeal to reason in a wise manner.

This is the fourth and final part of a series of articles that deals with the methodology and approach adopted by Prophet Muhammad (peace and blessings be upon him) in inviting people to Islam. In this part, Dr. Badawi discusses the sixth and seventh elements and aspects of the Prophet’s methodology in discharging this sublime duty and concludes the series with few comments. Click here to read Part One, Part Two, and Part Three.

6. Humility and Gentleness with All

So by mercy from Allah, [O Muhammad], you were lenient with them. And if you had been rude [in speech] and harsh in heart, they would have disbanded from about you. So pardon them and ask forgiveness for them and consult them in the matter (Aal-`Imran 3:159)

This quality is fused throughout his words and deeds. Among his sayings on this attribute are the following:

Allah is indeed gentle and He loves gentleness and rewards it in a way that He does not confer to harshness or to anything besides it. (Muslim)

Whenever gentleness guides any action, it adorns it; and whenever actions are void of it, it renders them defective. (Muslim)

The manner in which Prophet Muhammad treated his guests who belonged to people of other faith communities was an embodiment of what the noble Qur’an says about him, as well as what he himself taught. As a result of both his sincerity and gentle and loving character, people who did not know him, and even those who were influenced by the false propaganda against him, were so impressed that they accepted him and his message. As one of them admitted: When he sat with the Prophet and looked at him, he knew that the Prophet’s face was not that of a liar.

That gentleness is also related to his understanding of human frailty and the necessity to adopt a gradual approach in practicing Islam, so long as the minimum requirements are met.

This is exemplified by a hadith narrated by the Companion Talhah ibn `Ubaidullah concerning a Bedouin who came to the Prophet to ask about the mandatory acts of worship required of him. The Prophet (peace and blessings be upon him) answered him, and kept adding a proviso to the effect that this was the minimum requirement, unless he wished to do more non-mandatory worship.

The Bedouin answered, “By Him who honored you, I will neither perform any non-mandatory worship, nor will I decrease what Allah has enjoined on me.”

Instead of lamenting the weakness and lack of commitment on the part of the Bedouin was — as some may react today — the Prophet simply said, “If he [the Bedouin] is truthful, he will be successful” (Al-Bukhari).

My humble reflection on the Prophet’s approach is that when the invitees are not overburdened with what is ideal from the start, they are more likely to grow in Islam spiritually and in action. Once they taste the fruits of the love of Almighty Allah and closeness to Him, they are likely to want more of that. This is consistent with the Prophet’s advice to enter into Islam gently, implying a gradual and smooth approach.

I have heard of a case when a person who just reverted to Islam in Ramadan was taken by his Muslim friend to lengthy Tarawih Prayers (optional Prayers during the fasting month of Ramadan). Thinking that this was a mandatory requirement all the time, that was the person’s last entry into a mosque. It can be concluded that the most important means of the Prophet’s da`wah was “da`wah by good example”.

7. Justice, Courtesy, and Respect for the Invitees

Following the consistent methodology of this paper, it is helpful to start with the Qur’an, which was embodied in the Prophet’s methodology of da`wah. The following are a few relevant verses of the Qur’an:

[Believers] Do not argue with the People of the Scripture except in a way that is best, except for those who commit injustice among them, and say, “We believe in that which has been revealed to us and revealed to you. And our God and your God is one; and we are Muslims [in submission] to Him.” (Al-`Ankabut 29:46)

A few comments on these verses may be helpful.

1. The first quote shows that proper da`wah should appeal to reason in a wise manner and require the ability to say the right thing to the right person in the right circumstances and in the right way. Combined with that should be the element of exhortation, or appeal, to the heart of the invitee, who as a spiritual being is searching for meaning in life and a way of connecting or re-connecting with the Almighty Creator.

The same verse mandates not only effectiveness, but courtesy as well. It does not only exhort to invite in a good manner, but the best manner, as noted by the scholar Dr. Yusuf Al-Qaradawi. It follows that discussions or debates that put down others or their beliefs is discouraged. The same term ahsan (best) is reiterated in the third verse quoted above. The only exception it makes is the appropriate response to those who commit injustices against Muslims.

2. The second quote above is an amazing guideline as to rational and fair attitude and respect for those who differ with us. It begins with a question of interest to all parties: who provides for us all? And this is a foundational question that must have only one correct answer. As such, if there were two answers, then one of them must be incorrect. Instead of saying, “And of course we are right and you must be wrong,” it simply states that “one of us must be rightly guided and the other clearly astray,” without specifying who is who.

This is not a way to evade the answer or be “politically right” while failing to speak the truth. It is instead a lesson in fairness, courtesy, and respect for the other party to reflect on the discussion and come up with their own answers.

It states clearly that in spite of such differences, the three communities of faith do believe in the Oneness of Allah, the legitimacy of all original and well-preserved revelations, and the need to be devout to Allah. The existence of “common ground” is not a statement of syncretism, or artificially unifying all religions in one.

There are still significant differences even in matters of core beliefs and as to which scripture is the final one and is eligible to be the final criterion regarding what was revealed to the prophets in the past and what represents historical data, personal opinions of the writers of some scriptures, or for that matter, personal religious experiences of those writers. These issues may be appropriate for objective, respectful, and scholarly dialogues.

Yet the fact remains that an important common ground does exist. This can and should be employed in seeking peaceful, just, and cooperative coexistence. Nowhere in the Qur’an does it prescribe any punishment or unjust treatment of others due to mere rejection of Islam or turning away from the message.

Studying the life of the Prophet fairly and contextually reveals that he never initiated a war against other faith communities just because they refused to accept Islam, as this is a right emphasized in the Qur’an, which considers rejection of truth as much a right as the right to believe:

Two key verses in the Qur’an, I believe, put to rest any argument about “abrogation” without definitive evidence that may amount to the adoption of an intolerant attitude towards the just and respectful treatment of other faith communities who peacefully co-exist with Muslims, notwithstanding Muslims’ duty to continue communicating their message to them peacefully and courteously:

Allah does not forbid you from those who do not fight you because of religion and do not expel you from your homes – from being righteous toward them and acting justly toward them. Indeed, Allah loves those who act justly. Allah only forbids you from those who fight you because of religion and expel you from your homes and aid in your expulsion – [forbids] that you make allies of them. And whoever makes allies of them, then it is those who are the wrongdoers. (Al-Mumtahanah 60:8-9)

Commenting on verse 8, the Muslim scholar Ibn Al-`Arabi explains that treating peacefully co-existing non-Muslims with qist (the Qur’anic term used) does not mean mere justice. It means, rather, that you should give them some of your own wealth as a means of maintaining good relationship with them. What is meant by qist is not only justice, for justice is required in treating one who fights against Muslims as well as one who does not fight. (Al-Qurtubi 59)

Ibn Al-`Arabi’s opinion is consistent with the Qur’anic instruction:

O you who have believed, be persistently standing firm for Allah, witnesses in justice, and do not let the hatred of a people prevent you from being just. Be just; that is nearer to righteousness. And fear Allah; indeed, Allah is Acquainted with what you do(Al-Ma’idah 5:8)

A deeper study of the life of Allah’s final Messenger, Muhammad, provides a rich model and a Qur’anic-based methodology. The need to understand, internalize, and implement this methodology is critical to the way contemporary Muslims can and should relate to people of other faith communities. Such an endeavor is even more critical in a world characterized by globalization, interdependence, and lots of injustices and resulting senseless violence.

Da`wah in the proper contemporary perspective is not exclusively to seek more “reverts” to Islam. Da`wah is a means of promoting better understanding between Muslims and other faith communities around the world, leading, hopefully, to more cooperation in what is beneficial to all.

Taken with slight modifications from OnIslam.net