Some associate Jesus with divinity because he performed miracles. Many Unitarian Christians and all Muslims point out that Jesus did indeed perform miracles, but by the will of God and not through any divine powers of his own. To repeat the quote of Acts 2:22: 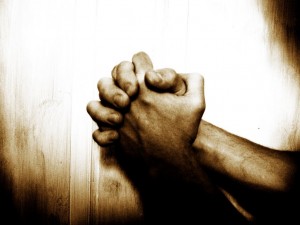 Miracles can be God-given signs of prophethood, but don’t imply divinity.

“Jesus of Nazareth, a man attested by God to you by miracles, wonders, and signs which God did through him in your midst, as you yourselves also know” (Italics mine)

In conformity with both the Bible and Qur’an, Muslims contend that the miracles of Jesus were performed by the power of God. As the Qur’an states:

Then will Allah say: “O Jesus the son of Mary! Recount My favor to you and to your mother. Behold! I strengthened you with the holy spirit, so that you spoke to the people in childhood and in maturity. Behold! I taught you the Book and Wisdom, the Law and the Gospel. And behold! You made out of clay, as it were, the figure of a bird, by My leave, and you breathed into it, and it became a bird by My leave, and you healed those born blind, and the lepers, by My leave. And behold! You brought forth the dead by My leave.(Al-Ma’idah 5:110)

The Islamic perspective is that miracles can be God-given signs of prophethood, but don’t imply divinity. Hadith (narrations of the words, deeds, appearance, and tacit approvals of Muhammad) relate numerous miracles of Muhammad (peace be with upon him) with greater historical authenticity than found in biblical manuscripts. While the science of Hadith authentication is regarded as a wonder of historical record-keeping, the Bible doesn’t satisfy many of the most basic standards of historical accuracy.

For example, the authors of most of the books of the Bible (gospels included) are unknown, the time period in which they were written is ill-defined, and the source of much of the information is ambiguous. These issues will be discussed later at greater length, but just as a small teaser, let’s examine the story of Judas’ betrayal of Jesus to the chief priests.

Who was the author, and why should we believe him? Was he present at the betrayal? If not, then where did he get his information? And if so, and he didn’t alert Jesus, then isn’t he a partner to the crime? And what kind of a gospel author would that be?

Sounds silly? Maybe.  then again, isn’t it sillier to trust salvation to a compilation of gospels and letters of unknown origin and authorship?

The Jesus Seminar is perhaps one of the most objective and sincere attempts of an ecumenical council of Christian scholars to determine the authenticity of the recorded acts and sayings of Jesus. Yet their methodology involves casting votes!

Two thousand years after the ministry of Jesus, nearly two hundred scholars are formulating a collective Christian opinion regarding the reliability of the quotes and historical reports of Jesus by casting colored beads. For example, as regards the reported words of Jesus, the definitions of the bead colors are as follows:

Red—Jesus said it or something very close to it. Pink—Jesus probably said something like it, although his words have suffered in transmission. Gray—these are not his words, but the ideas are close to his own. Black—Jesus did not say it; the words represent the Christian community or a later point of view.1

Other Christian committees have attempted to authenticate Bible texts by similar methodologies. The editors of the United Bible Societies’ The Greek New Testament: Second Edition are alphabetically minded:

Bruce M. Metzger describes using similar methodology in his A Textual Commentary on the Greek New Testament. “In fact,” he writes, “among the {D} decisions sometimes none of the variant readings commended itself as original, and therefore the only recourse was to print the least unsatisfactory reading.”3

Now doesn’t that give us a warm, secure feeling in trusting the Bible with the salvation of mankind?

But I digress. The point is that these ranking systems are probably about the best possible, given the limitations of the biblical record, but what a sad comment that is! Compared to the exquisitely refined system of Hadith authentication, these colored-bead and A-B-C-D classification systems are a bit wanting, to say the least.

The historical record keeping is relevant, for when a person hears a story—even a credible story at that—the first question is usually “Where did you hear that?” Any reasonable set of historical standards includes the identification and verification of sources. The Qur’an and many Hadith traditions satisfy the highest degrees of authentication. But the majority of Bible verses don’t.

How does this relate to the issue at hand? Simple. The miracles that occurred through Muhammad are no less numerous or impressive than those of Jesus, and are witnessed by an unimpeachable historical record that puts all others of similar time period to shame. So just as the miracles of Moses, Elisha, and Muhammad don’t imply divinity, neither do those of Jesus.

Let’s look at a few examples:

1. Jesus fed thousands with a few fish and loaves of bread, but Elisha fed a hundred people with twenty barley loaves and a few ears of corn (2 Kings 4:44); granted a widow such an abundant flow of oil from a jar that she was able to pay off her debts, save her sons from slavery, and live on the profits (2 Kings 4:1-7); and gave increase to a handful of flour and spot of oil such that he, a widow and her son had enough to eat for many days, after which “The bin of flour was not used up, nor did the jar of oil run dry …” (1 Kings 17:10-16). So what does that make Elisha? The historical record of Muhammad feeding the masses with a handful of dates on one occasion, a pot of milk on another, and enough meat for a small party on still another are equally miraculous. Likewise are the stories of his watering the masses (1,500 people on one occasion) from a single bowl of water. Yet no Muslim claims divinity for Muhammad.

2. Jesus healed the lepers. Likewise, Elisha healed Naaman (2 Kings 5:7-14). For that matter, the disciples were bidden to such service in Matthew 10:8. What does that make them?

3. Jesus cured a blind man. Elisha not only struck his enemies blind, but restored vision to the blind through prayer (2 Kings 6:17-20). Muhammad reportedly cured blindness through prayer as well.

4. Jesus raised the dead. Once again, Elisha beat him to it, having raised two children from the dead (1 Kings 17:22 and 2 Kings 4:34). Furthermore, the disciples were bidden to raise the dead (Matthew 10:8). So once again, what does that make them?

5. Jesus walked on water. Had he been around in the time of Moses, he wouldn’t have had to.

6. Jesus cast out devils. So did his disciples (Matthew 10:8). So did the sons of the Pharisees (Matthew 12:27 and Luke 11:19). So, for that matter, do the wayward followers whom Jesus will reportedly disown (see Matthew 7:22)—a disconcerting thought considering how many priests and ministers perform such theatrics, even if real.

So if we seek evidence of Jesus being divine, we are forced to look beyond miracles.

Taken with kind permission from: leveltruth.com.

A graduate of Cornell University, Brown University Medical School and George Washington University Hospital residency program, Laurence B. Brown is an ophthalmic surgeon, a retired Air Force officer, and the medical director and chief ophthalmologist of a major eye center. He is also an ordained interfaith minister with a doctorate in divinity and a PhD in religion, and the author of a number of books of comparative religion and reality-based fiction. His works can be found on his website, www.LevelTruth.com.
Bilmek IstediklerinizS?kca Sorulanlarbuy letrozole online buy zyrtec buy prednisone online for dogs – As well as You Could Buy Prednisone in: Buy Cheap
Order Viagra, Buy viagra online. Online Pill Store, Secure and Anonymous. Secure Site 128 bit SSL. Money Back Guarantee!
Where can I buy dapoxetine in india dapoxetine nederland buy priligy malaysia greetz dapoxetine wikipedia. Generic dapoxetine online kopen europa billig