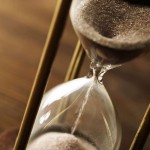 Prophet Muhammad’s great contribution to history lies in his being a philosopher and a seer as well as a living embodiment of his own teachings.

In the cavalcade of world history the sublime figure of this wonderful person towers so high above all others that they appear to be dwarfs when contrasted with him. None of them possessed a genius capable of making a deep impression on more than one or two aspects of human life. Some are brilliant theoreticians but are lacking when it comes to practical action. Some are men of action but with little knowledge. Some are renowned as statesmen only, others are masters of strategy.

Others again have devoted their energies to ethical and spiritual problems but have ignored economics and politics. In short, one comes across heroes who are expert in one walk of life only.

His is the only example where all the excellences have been blended into one personality. He is a philosopher and a seer as well as a living embodiment of his own teachings. He is a great statesman as well as a military genius. He is a legislator and also a teacher of morals.

He is a spiritual luminary as well as a religious guide. His vision penetrates every aspect of life. His orders and commandments cover a vast field from the regulation of international relations down to the habits of everyday life like eating, drinking and personal hygiene.

On the foundations of philosophy he established a civilization and a culture without the slightest trace of a flaw, deficiency or incompleteness. Can anyone point to another example of such a perfect and all round-personality?

Most of the famous personalities of the world are said to be the products of their environment. But his case is unique. His environment seems to have played no part in the making of his personality. At most one might accept in the light of Hegel’s philosophy of history or Marx’s historical materialism that the time and environment demanded the emergence of a leader who could create a nation and build an empire.

But Hegelian or Marxist philosophy cannot explain how such an environment could produce a man whose mission was to teach the highest morals, to purify humanity and to wipe out prejudice and superstition, who looked beyond the artificial compartments of race and nation-state, who laid the foundations of a moral, spiritual, cultural and political superstructure for the good of the whole world, who practically, not theoretically, placed business transactions, civics, politics and international relations on moral grounds and produced such a balanced synthesis between worldly life and spiritual advancement that even to this day it is considered to be a masterpiece of wisdom and foresight.

Can anyone honestly call such a person a product of all-pervading darkness of Arabia?

He does not only appear to be independent of his environment. When we look at his achievements we are irresistibly drawn to the conclusion that he actually transcends the limitations of time and space. His vision breaks through all temporal and physical barriers, passes beyond centuries and millenniums and encompasses within itself the whole of human history.

He is not one of those whom history has cast into oblivion, and he is not praised only because he was a good leader in his own time. He is that unique and incomparable leader of humanity who marches with time, who is modern in every age and in every era.

Those whom people style ‘makers of history’ are only ‘creatures of history’. In fact, in the whole of history of mankind, he is the unique example of a ‘maker of history’.

One may scan the lives and circumstances of the great leaders of the world who brought about revolutions and one will find that on such occasions the forces of revolution were gathering momentum for the destined upheaval, were taking their course in certain directions and were only waiting for the right moment.

In harnessing these forces the revolutionary leader played the part of an actor for whom the stage and the role is set beforehand. On the other hand the Prophet is only a person who had to genuinely create a revolution; he had to mold and produce the kind of men he wanted because the spirit of revolution and its necessary conditions were nonexistent.

He made an indelible impression on the hearts of thousands of his disciples by his forceful personality and molded them to his way of thinking. By his iron will he prepared the ground for revolution and directed events into the channels he wanted. Can anyone cite another example of a maker of history of such distinction, another revolutionary of such brilliance and splendor?

The article is an excerpt from the author’s Towards Understanding Islam.