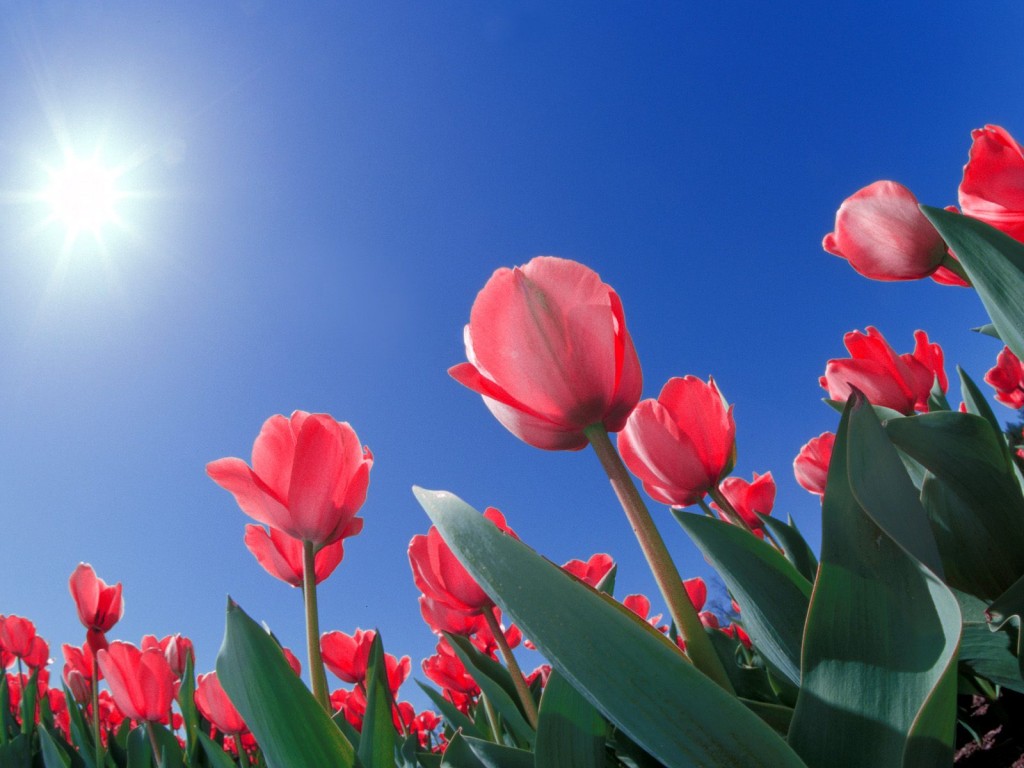 This is the third and final part of this series in which the authors discuss the third element of building successful Da`wah programs and cover the areas of Da`wah for women. Click to read Part 1 and Part 2.

A- On the theoretical side of this step, preparation may need to consider the following aspects:

1- Educational preparation through providing a good presentation of appropriate materials. Islam gave women the rights to education. The knowledge meant to be attained is that which is helpful to women in da`wah, like the shari`ah branches and the disciplines leading to understanding them. But seeking knowledge should not be a barrier to giving da`wah, as is the case with many today. Balance must be maintained.

2- Psychological preparation by ensuring that the women callers have faith in Almighty Allah and have sincerity, hopefulness, adherence to truth, pride in Islam, patience, and knowledge of the conditions and environments of those they are addressing. This is a very important aspect of preparedness, because the preacher is tied to the people, who have different characters and inclinations.

3- Social preparation by having the women callers live an Islamic life in the family and society in a practical application of Islam. They should abide by the ethics of Islam and of the da`wah. Capping the elements of social preparation is the feeling that the da`wah is a right to all people that must reach them with sincerity, generality, honesty, gentleness, and meekness.

B- Adequate practical training and preparation is a must:

This involves training female callers in speaking and writing to be able to bring Allah’s religion to the people through speeches, lessons, lectures, and writings. These are the methods of addressing people with the da`wah and they complete the theoretical preparation, ensuring that it bears fruit. This aspect has largely been neglected, resulting in severe shortcomings in the da`wah.

Female callers delivering lectures, seminars, sermons, etc., should be able to persuade the listeners by addressing their minds through proofs and evidence. They should also be able to arouse their passions, emotions, and feelings. Those making speeches and addresses must be well versed in the art and its importance, and should also practice delivering speeches to women in mosques, schools, or other places where women gather. They should also watch over and guide women trainees and gently correct their mistakes.

Writing and publishing must not be neglected in an age when people are easily reached by and engrossed in all sorts of books, booklets, newspapers, and articles. Writings should both be eloquent and convincing, through sincere, sound, and documented arguments. Writing is the form of da`wah which is in many ways one of the most appropriate and important means for women. They can write at home and thus make use of their spare time. They can in this way reach all classes of society.

Areas of Da`wah for Women

The educational field. These are related to the ennoblement of the spirit and the purification of the soul through faith. The minds and souls can thus be touched. These fields are to be found in mosques, schools, associations, da`wah groups, and others.

The social field. These relate to bodily and psychological health as well as to social development and interaction between people that reflect positively on the realization of spiritual education and the formation of Muslim character.

Both sides, spiritual and physical, are tied together and they should both be fulfilled in balance. To give the upper hand to the soul would be asceticism, and to the body would be hedonism. Fulfilling the physical needs has often been cause for many people embracing the guidance of Islam. Preachers of Christianity today concentrate on this approach. It is difficult for the hungry, the naked, the sick, or homeless to listen to sermons.

More specific examples of what women can take part in as callers are the following:

1. The home. This is surely the most fertile and most effective channel. Almighty Allah has ordained both husbands and wives as nurtures for each other and the family. The mother shares with the father the responsibilities of educating and nurturing in all physical, moral, psychological, social, and external aspects each other and their children. Members of the family are gathered together in the home for many hours and this creates harmony among them and affords an opportunity for presenting good examples and guidance.

2. The Muslim community. Charity, advice, and direction can be offered to relatives, neighbors, and the needy.

3. The Islamic school. Educational activities and curriculums can be used for the guidance of girl students as well as women teachers and staff.

4. The mosque. Women should be allowed to go to the mosque to benefit from the lessons held there. The mosque is a suitable place for some of the women activities like the Qur’an study groups and other training.

5. Hospitals, prisons, social welfare institutions, women’s colleges or universities. “Women-only conferences can also be incorporated into an already scheduled major conferences, thus providing them with someone to travel with,” Dr. Hamdan said.

“Also, da`wah work can be done on an individual level, such as with friends, families, and peers, particularly those who are not Muslims,” added Dr. Hamdan. “Many women who have converted to Islam have families who are non-Muslim, and this is a prime, though challenging, opportunity to do da`wah work.”

What the Qur’an and Sunnah Say

Certainly, the injunctions of Islam, from the Qur’an and the Sunnah, cover and apply to both males and females. Male pronouns were mostly used, only because that is the custom of the language. Nevertheless, there are certain injunctions that are exclusively meant for men. And at the same time, Almighty Allah has enjoined things upon women only. This shows that they have a character and a personality independent of men. This stresses the need to address women with the da`wah, education, reform, and guidance in a way that is specific to them. They should not be ignored. It was on account of this that the Prophet (peace and blessings be upon him) addressed women specifically, especially after addressing men, and that he fixed a special day of the week on which he taught them alone.

The Qur’an tells us that man is responsible for his home and family:

O you who believe! Ward off from yourselves and your families a Fire Hell whose fuel is men and stones, over which are angels, stern and severe. (At-Tahrim 66:6)

The Prophet also said, “The man is a shepherd of his family and he is responsible for his guardianship” (Al-Bukhari and Muslim). In another hadith reported by Al-Bukhari, the Prophet told of a double reward for the man who teaches well, cultivates, and then frees any female-slave he has. This surely stresses the need for the education of and care for women. On the other hand, there are many evidences from the noble Qur’an and the Sunnah that testify to the fact that women are also obligated to do da`wah work. Some examples are as follows:

1- There are many verses in the Qur’an that obligate Muslim men and women to do da`wah, and enjoin good and forbid evil. For example, Allah says:

Let there be [arising] out of you a group of people inviting to all that is good, enjoining the right and forbidding the wrong. And it is they who are the successful. (Aal-`Imran 3:104)

2- Women have been expressly addressed with the duty of the da`wah in a verse that says:

O wives of the Prophet! You are not like any other women. If you keep your duty [to Allah], then be not soft in speech, lest he in whose heart is a disease should be moved with desire, but say that which is good. (Al-Ahzab 33:32)

Ibn `Abbas understood Allah’s injunction to the Prophet’s wives to “say good” to mean that they have to enjoin what is good and forbid what is evil. This can be taken as a general address to all Muslim women. Almighty Allah also says:

The believers, men and women, are helpers of one another. They enjoin the good and forbid the evil, they perform Prayer and give away zakah and obey Allah. (At-Tawbah 9:71)

It is clear in this verse that women are addressed with this task, just as men, whenever they are capable of discharging it. The Prophet (peace and blessings be upon him) said, “The woman is a steward of her husband’s home and children and she is responsible for them.” A steward here is a person entrusted with what has been put in his or her charge, cherishing and preserving it.

Furthermore, the following points, when properly put into perspective, also lead to the understanding that women are as responsible for carrying out da`wah as men:

a) Because Islam prohibits the free intermingling of men and women, and ordains the maintenance of hijab, it becomes vital, as well as practical, to have qualified women to do da`wah work among women in the community.

b) Some of the shari`ah rulings were reported from the Prophet only through women Companions.

c) Sometimes, it is difficult for male callers to carry out all that the da`wah among women requires because women have some private conditions that they may not feel comfortable revealing to men, and would rather convey them only to other women.

What We Sow We Reap

1. Banishing ignorance, increasing intellectual broad-mindedness, and the creation of qualified women da`wah cadres. These results have a lasting and beneficial influence, not only on women and the Muslim community, but also on the whole society at large.

2. Rectifying conduct and restitution of many erroneous practices that have come to be social phenomenon in many societies.

3. Female callers will develop maturity and show more disciplined characters. This in turn will result in stronger relationships between men and women.

4. Women’s place and status in Islam would be highlighted and Muslim women would attain a better awareness of their rights and duties.

5. Efforts would be geared toward the cultivating of our young people, in order to ensure the Ummah virtuous Muslims in the generations to come.

6. A sense of belonging to Islam would be fostered, and the key Muslim rite of enjoining the good and forbidding the evil would be upheld.

It is time that Muslims who profess to follow the Sunnah rethink the issue of da`wah among women and by women. We should remember Khadijah, `A’ishah, Sumayyah, and many other Muslim women throughout our history, and what they did for Islam and learn from it. We also have to realize that mere talk and emotionalism are useless. We need to do something about our immediate situation now. Education, preparation, and qualification of women will be the key to our future success. Throughout history, the yardstick used to measure the wellbeing of any society has been the condition of its women. Let us, therefore, strive to improve the intellectual, spiritual, and emotional condition of the Muslim woman by allowing her to fulfill all the God-given abilities and responsibilities made incumbent on her.