This is a three-part series on the role of Muslim woman in Da`wah. In this part, the authors discuss the reasons behind the weakness and neglect of da`wah work amongst women, and the desired role for Muslim woman. 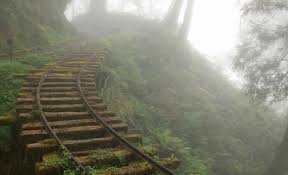 Women have played vital roles in the propagation of Islam.

From the very beginning, women have played vital roles in the propagation of the fundamental truths of Islam. From the sacrifices of Sumayyah, to the collected hadiths of `A’isha, women have been instrumental in the flourishing and spreading of this religion. Unfortunately during these times, the Islamic revival suffers from weaknesses in its properly qualified personnel, which limits its spreading and restricts the da`wah work to an elitist group of activists, with finite and limited efforts of da`wah and education being focused on woman.

Da`wah amongst women deserves, and should get, far more attention than it does. So far, except in a few instances, women have been distanced from the field of da`wah work. If we look at the reality and the situation of Islamic da`wah work, and the position of woman in it today, we can easily find the following problems:

1- Deficiency in da`wah capabilities among and by women.

2- The ill use of existing limited-resources in combination with a lack of personal initiative on the part of women.

3- A neglect or omission of woman’s issues in the planning of Islamic da`wah.

4- Absence of adequate education and the lack of fundamental Islamic knowledge in the female preachers. Only a few of the wives and daughters of male callers have any worthwhile Islamic knowledge.

5- Most women do not possess a proper understanding the role of da`wah made incumbent on their husbands. Because of this, they may not understand the importance of time given to projects outside the home, which in turn may become a source of tension within the home.

6- The level of general Islamic knowledge among most women is low.

Roots of the Problem

Many obstacles and restraints have been the causes behind the weakness and neglect of da`wah work amongst women. Once they have been recognized and analyzed, viable solutions can be sought and implemented. One major reason is that many men are not convinced about the importance of woman’s role and responsibilities in the field of da`wah. The Qur’anic verse (And remain at your homes…) (Al-Ahzab 33:33) has been misinterpreted by many, and so has been the right of men’s stewardship. In many instances, we see men objecting to woman’s participation in da`wah and thus preventing them from fulfilling their role toward their fellow Muslims and to the larger society in general. Spreading Islam has been made incumbent on all Muslims, men and women.

“It is vital that husbands encourage their wives to participate in da`wah work,” said Dr. `A’ishah Hamdan, Director of the Islamic Education Foundation, based in Minneapolis, Minnesota, the United States. She has a Ph.D. in Clinical Psychology with a specialty in child and family issues. She teaches at a private university in the Twin Cities. The IEF is a two-year-old organization, with one of its goals being to increase the level of awareness and to provide training in giving da`wah amongst Muslim women and men. “They should encourage them to spread the message of this religion, perhaps by taking them along when they go out, and by instructing them on the proper ways of giving presentations about Islam.”

A more particular reason is the absence or confusion of priorities in the minds of Muslim preachers. Many of them have been overwhelmed and distracted by the state of the Ummah, even to the extent of ignoring to give proper attention to their homes and families. Their energies having been exhausted in the work outside the home, leaving them with nothing for their families. This imbalance hurts not only the families, but also the community as a whole.

The level of woman’s education and awareness of their position and responsibility plays an important role. As education and awareness decline, woman become disinterested and their level of giving and sense of sacrifice weakens. “Unfortunately, not a lot of Muslim women feel that they know enough about Islam to share it with others. They need to realize that it is their responsibility to obtain that knowledge and then share it with others. Many women also feel uncomfortable presenting to groups of people due to various reasons,” noted Dr. Hamdan. “This is why we are conducting training sessions here about how to conduct da`wah. We are committed to trying to arm woman with the necessary skills that will give them the confidence to take up this very important and often neglected role in their lives as Muslims.”

Indulgence in luxuries, even if they are lawful things, usually force the woman to devote more time to them and less time to doing da`wah. This also happens when they find it difficult to balance rights with duties. Sometimes the womn loses perspective, forgetting that the work inside the home is the core of their mission.

By neglecting this role, or when they fail to arrange their priorities, and get tied to a job that distracts them, they ultimately fail at fulfilling their da`wah roles both inside and outside the home.

“For many women, their jobs as wife, mother, cook, and teacher inside their homes are so time consuming that the main barrier to engaging in da`wah work is oftentimes a lack of time itself,” Dr. Hamdan remarked, adding, “This is why it is so important for husbands to be supportive to their wives in fulfilling their obligations both within and outside the home.”

Another unfortunate reality is that most da`wah organizations have failed to absorb and utilize the energies of women, and have also failed to adjust their plans and programs in a way that would incorporate women as core assets in their da`wah work.

The media, and many other elements of the promiscuous society we live in, have had major impacts on the psyche of Muslim woman. This psychic crippling has kept many women away from their mission and distorted the image of Islam in the minds of most of them.

According to recent data, there are more women accepting Islam in the U.S. than any other group. The same can be said of Canada, England, and many other places. A recent survey conducted by Al-Jumu`ah magazine in the Dominican Republic showed that about 75% of those who accepted Islam among the natives were women. Because of this, there is a tremendous need for Muslim woman to participate in the field of da`wah.

“The role of calling to this religion does not stop at the pronunciation of the testimony of faith,” Dr. Hamdan said. “Women are needed to help other women come to Islam, and also to instruct them after they become Muslims.” The reasons woman’s participation is important are various and diverse:

2. Woman can better comprehend the direction in which woman’s da`wah work should be geared. They can best discern the order of priorities, because they are more familiar with this sphere.

3. Women are more free than men in communicating with other women, either individually for da`wah activities, or in woman’s learning and other forums and places of meeting.

4. Many Muslim women who are in need of guidance, education, and direction lack the presence of men-folk who can provide this service. Therefore, it makes sense that qualified woman in the community should offer this.

5. The educational and the training need of women are greater than that of men. They get pregnant, give birth, and nurse children. The children are more tied to them than to their fathers. Woman stays at home with their sons and daughters, and thus can bring them up as they please. If they are not allowed to share in the da`wah efforts of their husbands, a lot of the much-needed results may not be attained.

7. Women have a lot of characteristics that stress the importance of their da`wah role. They should also be taken into account whenever any da`wah work is planned. Some are as follows:

* Women have the innate ability to communicate strongly what they believe to be true in their hearts. Dr. Hamdan also points out that “Women are also generally stronger in terms of verbal abilities and emotionality.”

* Woman sometimes lacks willpower and a sense of direction, and therefore needs the assistance of other women to give strength and motivation.

One thought on “Women: Neglected Assets in Da`wah (Part 1)”