The pillars or foundations of da`wah consist of three elements: the Call, the Caller and the Called. Each has its own particular characteristics, prerequisites and goals. For the effective fulfillment of the responsibility of da‘wah the requirements of each pillar must be thoroughly met.

The Aim or Goal of Da‘wah is to spread the teachings of Islam in their pristine purity. It is to enlighten disbelievers about Islam and to correct mistaken beliefs among Muslims. 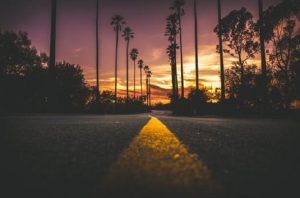 The path leading to Allah is only one, and it is what He sent His Messengers on and sent His Books with.

The Prophet (peace be upon him) said:

When the companions asked, “O Messenger of Allah, who are the strangers?” He replied,

“Those who rectify (themselves and others) when people become corrupt.” (At-Tirmidhi and At-Tabarani)

The goal of da`wah is expressed in the following verse and others like it.

“The verse does not ask (the Prophet) to invite people to faith, correct beliefs, prayers, good manners or call on people to respect human rights. No such things have been mentioned in particular since all these are covered in the phrase “… to the way of your Lord.” … These words are profound and comprehensive.”

“The way of Allah, the Mighty and Majestic, is submission, the straight path, the religion of Allah with which He sent His Messenger (peace be upon him). Therefore, this is what must be called to, not the madhhab (School of jurisprudence) of such and such a person nor the opinion of any individual. …The way of Allah is that which the Noble Qur’an and the pure authentic Sunnah of the Messenger directs one to… It is necessary for the Muslim missionary to call people to the whole of Islam and not to cause division among them, nor to be a blind follower of a madhhab, a tribe, a sheikh or a leader, etc. Rather his aim should be to affirm and clarify the truth and establish people upon that truth, even if it contradicts the opinion of so and so or such and such a person.”

The call to Islam, meaning the Qur’an and Sunnah, should be in accordance with the understanding of the early righteous generations of Muslims (i.e., the Salaf). As there is only one “way of Allah”, i.e., “religion of Allah”: Islam, there is only one way to follow that religion. The Prophet did not leave behind him a multitude of different ways to follow Islam. Division and differences are not blessings, as some would claim based on fabricated narrations attributed to the Prophet. Allah condemned factionalism saying:

Do not be of the pagans; of those who split up their religion and became sects, each sect rejoicing in what it has. (Ar-Rum 30:31-32)

And He alluded to the necessity of following the understanding of the Companions of the Prophet (peace be upon him) in the following verse:

Whoever opposes the Messenger after guidance has been made clear to him and follows a way other than that of the believers, I will leave him to his choice and place him in hell. And worst indeed is that destination. (An-Nisaa’ 4:115)

Allah stated this despite the fact that opposing the Messenger alone guarantees punishment. At the time when the verse was revealed “the believers” was none other than the Companions of the Prophet.

Ibn Mas`ud said, “Allah’s Messenger drew a line for us (in the dirt) and said, ‘This is the path of Allah.’ Then he drew other lines branching off to the right and to the left and said, ‘These are the paths at the end of which is a devil calling people to it.’ Then he recited:

This hadith proves that the way is only one. Ibn Al-Qayyim commented on this as follows: “This is because the path leading to Allah is only one, and it is what He sent His Messengers on and sent His Books with. No one reaches Him except along this path. Even if people take every path and try to open every door, these paths will be blocked and the doors will be locked, with the exception of this One Path. For it is connected to Allah and leads to Him.” (At-tafsir Al-Qayyim)

`Abdullah ibn Lu’ay narrated that Mu`awiyah ibn Abi Sufyan got up among them and said, “Indeed the Messenger of Allah stood up among us and said, ‘Certainly those before you from the People of the Book split up into seventy two sects and (the followers of) this religion will split up into seventy-three sects, seventy-two of them in the Fire and one in Paradise; that is the group (jama`ah).’” (Abu Dawud)

In another narration, when he was asked what the one sect was, he replied, “What my companions and I are following now.” (Al-Hakim)