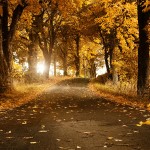 The da`i needs to exercise more patience and keep carrying on their duties with confidence that the seed he sow, will one day prosper.

It is natural, in the course of the da`wah, to face hardships and obstacles; but this should not make the dai`ah think of him/herself as disqualified for da’wah or magnify his/her mistakes or adopt more forceful methods for da’wah.

The dai`ah has a good example in Prophet Mohammed (peace be upon him) who faced stubborn resistance from his people, although they were aware that he was truthful in his call.

He was sad because of their rejection but it did not make him stop his da’wah. (Read more about consistency in da`wah)

So, here are some ways to help you cope with undesirable results and frustrating situation faced in da`wah …

Open Not Doors for Devil

If da`iah was not appreciated, so as we said he should not think of himself as inadequate or incompetent for da`wah. Do not despair and sink into debilitating grief. This is one of the tricks of the devil to make you stop your da`wah.

Maybe one day, those who refuse to respond to your da`wah, turn to be its strongest supporters by the will of Allah; this is happening in the present, had happened in the past, and will certainly happen in the future.

No Place for Guilt

There should be no place for guilt in the life of da`iah so long as he is fulfilling his duties, simply because he is not responsible for the results. Allah (Exalted be He) says:

Not upon you (Muhammad) is their guidance, but Allah guides whom He wills. (Al-Baqarah 2:272)

This also applies to all Muslim callers not only prophet Muhammad (peace be upon him).

Of course the da`iah must always monitor his own da`wah. He/ She should evaluate his or her performance from time to time and determine the actions that could be taken to improve his/her da`wah methodologies. He/ She needs to assess his/her own strengths and weaknesses in each area of da`wah activities.

The da`iah should learn lessons from his/her mistakes, analyze the causes that may have led to the undesirable results, and then take concrete actions to improve his/her skills. It will be a great help to share your experience of da`wah with those working in the same field in a sincere manner.

Be Patient and Continue Your Da`wah

The da`iah’s attitudes must be balanced. Think positive, and do not allow your negative feelings of sadness or anger diminish your interest in da`wah.

Continue your da`wah regardless of the adverse reactions you are facing; be careful not to lose interest because people are careless about your activities or respond in improper, impolite, or aggressive ways. Let not people’s inappropriate reactions discourage you, disrupt your agenda, or influence your da`wah in a negative way.

In other words, the da`iah must acquire the skills to cope with these unpleasant feelings in healthy manners and positive attitudes. He/ She needs to exercise more patience and keep carrying on his/her duties with confidence that the seed he sow, will one day prosper.