Reaching out to others is not a matter of chance. So, how can we reach out to others, Muslims or non-Muslims? 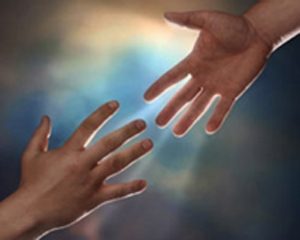 Reaching out to others is not a matter of chance. So, how can we reach out to others, Muslims or non-Muslims?

Why, in the first place, do we need to reach out to others? As humans-Muslims and non-Muslims– for what purpose do we need such communication?

And on a more specific level, why do we, Muslims, want to reach out to others?

In order to convey the message of Islam we need to reach out to others; to go and talk with others? But how can we do this? How can we give da`wah to both Muslims and non-Muslims? How can we clarify the true beautiful image of Islam?

We, Muslims, are accused of being terrorists. Islam, the religion of peace, is described as a religion of terrorism and violence. So, we’ve got to stand up reaching out to others to convey the true message of Islam.

One of the noblest acts that entails a high reward from Allah is inviting people to Him (Exalted be He):

Who is better in speech than he who invites (people) to Allah, works righteousness, and says I am of the Muslims (those who surrender to Allah)? (Fussilat 41:33)

In this series, Dr. Naji Al-Arfaj talks about the art of reaching out; its meaning, purpose and techniques, and how it relates to da`wah.