The way the Prophet Abraham (peace be upon him) invited his people to Islam is entirely different from the way he invited his father. Read part 1 here. 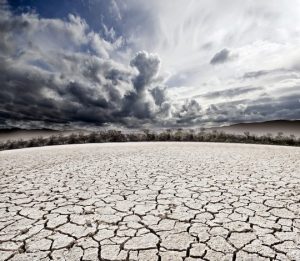 Prophet Ibrahim had the skill to awaken the latent powers of the heart and mind.

Recite to them the story of Ibrahim when he said to his father and his folk: ‘What do you worship?’ They said: ‘We worship idols, and are ever devoted to them.’ He said: ‘Do they hear you when you cry? or do they benefit or harm you?’ (Ash-Shu`araa’ 26:69-73)

Think over these verses and the sagacity and farsightedness with which the Prophet Abraham (peace be upon him) spoke to his people. He did not speak ill of their idols.

If he had done so, they would not have given ear to him. He did not say anything on his own but forced them to admit:

Prophet Abraham did not employ logic nor did he philosophize with them. He put the simple question: “When you call them, do they hear you and benefit or harm you?” It is because human life requires something to fall back on when in distress. When a person is called by anybody he may hear him.

The caller has a hope of some benefit or fears some harm from the person addressed. These are the two links from which human life is never unshackled – the hope of gain or fear of loss – in fact the entire life revolves around these two human emotions. They said: “It is not that they benefit or harm us but”

It was what the Prophet Abraham wanted them to come out with. They had no answer and they admitted their ignorance and helplessness. What relation did these humanly-sculpted idols have with human life and what could they do for human beings when they were themselves helpless? Is there any truth based on logic and knowledge behind them?

Read these verses again and again and you will feel that a world of meaning lies hidden in them. One interpretation leads to another and you will realize the difference between his way of conveying the truth to his father, and to his people.

Allah had granted him a deep insight into human psychology. He had the skill to awaken the latent powers of the heart and mind. How he made his people confess what was lying hidden at the back of their minds!

Their intelligence, power of argumentation and defensive capabilities were laid bare when they said: “We found our fathers acting in this way.”

The last arrow in their quiver was used and they had nothing more to add. Then he started to acquaint them with tawheed (the Oneness of Allah):

He said: ‘See how that which you worship, you and your fathers, truly, they are (all) an enemy to me, save the Lord of the worlds, Who created me, and guides me. And Who feeds me and waters me. And when I sicken then He heals me. And Who causes me to die, then gives me life (again). And Who, I ardently hope, will forgive me on the Day of Judgment’. (Ash-Shu`araa’ 26:75-82)

The Irrefutable Logic of the Qur’an

There is a unique and interesting point in the Qur’an towards which Shaykh Al-Is!am Ibn Taymiyyah has invited the attention of his readers. He said:

“When the Greek philosophers defined the attributes of Allah (Whom they called wajib al-wujud or The First Cause or The Prime Mover in philosophical language) they gave those attributes in detail which, according to them, are -unbecoming of Allah, i.e. He is not so or, that is, He is free from such and such limitations. But when they spoke about positive attributes, then they described those briefly (i.e. He is so and so or such and such). But against this there are details of positive attributes and brevity in the description of negative features in the Qur’an.

This is a common feature in the teachings of the prophets (peace be upon them all) and in the revealed religions which affirm positive qualities in detail and abridge the negative points. Allah says:

He is Allah, the One Whom there is no god but Him, the King, the Holy One, Peace, the Keeper of Faith, the Guardian, the Majestic, the Compeller, the Superb. Glorious is Allah from all that they ascribe as partners (unto Him! He is Allah the Creator, the Shaper out of naught, the Fashioner. His are the most beautiful names. All that is in the heavens and the earth glorifies Him, and He is the Mighty, the Wise’. (Al-Hashr 59:22-24)

Ibn Taymiyyah rightly says that negative qualities may be in hundreds, but they do not have the same impact on the mind as one positive attribute does. It is also a fact that human life is more dependent on positive qualities than upon negative ones. Negation of anything has very little part to play in human life and civilization.

When Prophet Abraham (peace be upon him) heard their reply: “We worship idols and are ever devoted to them”, he retorted, “Do they hear you when you cry? Or do they benefit or harm you?”

This is an example of abridged negation. When he spoke about the positive attributes of Allah he became eloquent. The Qur’an has reproduced his speech in these words:

Truly, they are (all) an enemy to me save the Lord of the worlds, Who created me and guides me. And Who feeds me and waters me and when I sicken, then He heals me and Who causes me to die, then gives me life (again) and Who, I ardently hope, will forgive me my sins on the Day of Judgment. (Ash-Shu`araa’ 26:77-82)

Prophet Abraham has mentioned five attributes of Allah in these noble verses (creation, guidance, sustenance, healing and power over death and life). But when he questioned them about idols, he enquired about just two qualities: “Do they hear your prayers and do they have power to benefit or harm you?” It appears that when he mentioned the name of Allah, his soul was inspired and enraptured, and he extolled the virtues of Allah with exaltation.

It is also natural that when a person likes anything, for example, something edible, he wants to keep it in his mouth for a longer time and relish its taste. On the other hand, if he has to take anything bitter, he tries to swallow it at a gulp.

He, therefore, spoke with warmth and cheer about Allah. He said:

The Lord of the worlds. He created me, guides me, feeds-me: when I fall ill, He heals me; He will make me die and resurrect me, and I hope He will forgive my sins on the Day of Judgment.” (Ash-Shu`araa’ 26:77-82)

It seems he was not satisfied with it. His heart was filled with joy and a prayer gushed from the depth of his heart:

My Lord! Give me wisdom and unite me to the right-acting ones. And give me a good report in later generations. And place me among the inheritors of the Garden of Delight. (Ash-Shu`araa’ 26:83-85)

His thoughts turned towards his father who was the finest of the idolaters and their leader, for he said:

And forgive my father, surely he is one of those astray, and do not disgrace me on the day they are resurrected, the day when wealth and children will not benefit, except for whoever comes to his Lord with a sound heart. ( Ash-Shu`araa’ 26:87-89)

These verses make it clear why Prophet Abraham was elevated to the position of being an intimate friend of Allah:

Truly, Ibrahim was a model devoutly obedient to Allah, by nature upright and he was not of the idolaters! Thankful for His bounties; He chose him and He guided him to a straight path. And We gave him good in the world and in the Hereafter; and he is among the right-acting. (An-Nahl 16:120-122)