Throughout history religion has been abused and misunderstood. Some people use it as a means of exploitation and suppression, as a pretext for prejudice and persecution. Some other people use it as a source of power and domination over the elite and the masses alike. But is that the true religion? 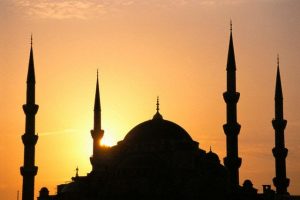 True religion is to acquaint man with God as well as with himself and the rest of the universe.

These are historical facts which no one can deny. But is this the proper function of religion or the right approach to religion? Could this be the purpose of religion?

The indisputable answer is an emphatic no. There are many religions in the world, and each one claims to be the one and only true religion. Each religion is supposed to have come from God for the right guidance of man.

But these claims contradict each other and have caused dissensions among people and vehement reactions to religion – instead of welding mankind into one universal brotherhood under the One Universal Benevolent God.

This situation makes any neutral observer confused and perhaps averse to all kinds of religion.

The Islamic concept of religion is unique in the broadest sense of the word. It is true that genuine religion must come from God for the right guidance of man. And it is equally true that human nature and major human needs are basically the same at all times.

This conception leads to one conclusion, and that is: There is only one true religion coming from the One and the Same God, to deal with the outstanding human problems of all times.

This religion is “Islam”. But it should be borne in mind that Islam was taught by Prophet Muhammad (peace be upon him) alone. On the contrary, Islam had been taught by all the prophets before Muhammad, and the true followers of Abraham and Moses as well as those of Jesus and the rest were all called “Muslims”.

So Islam has been, and will continue to be, the true universal religion of God, because God is one and changeless, and because human nature and major human needs are fundamentally the same, irrespective of time and place, of race and age, and of any other considerations.

Bearing this in mind, the Islamic concept maintains that religion is not only a spiritual and intellectual necessity but also a social and universal need. It is not to bewilder man but to guide him. It is not to debase him but to elevate his moral nature.

It is not to deprive him of anything useful, or to burden him, or to oppress his qualities but to open for him inexhaustible treasures of sound thinking and right action. It is not confine him to narrow limits but to launch him into wide horizons of truth and goodness.

In short, true religion is to acquaint man with God as well as with himself and the rest of the universe. This is by no means an oversimplification of the function of religion. Here is what it means.

When the purpose of true religion is carefully examined, it will be found that faith satisfies the spiritual and moderate material needs of man. It unties his psychological knots and complexes, sublimates his instincts and aspirations, and disciplines his desires and the whole course of life. It improves his knowledge of God – the Highest Truth in the universe, and of his own self.

It teaches him about the secrets of life and the nature of man and how to treat them, about good and evil, about right and wrong.

It purifies the soul from evil, clears the mind from doubts, strengthens the character and corrects the thinking and convictions of man. All this can be achieved only when man faithfully observes the spiritual duties and physical regulations introduced by faith.

On the other hand, true religion educates man and trains him in hope and patience, in truthfulness and honesty, in love for the right and good, in courage and endurance, all of which are required for the mastery of the great art of living.

Moreover, true religion insures man against fears and spiritual losses, and assures him of God’s aid and unbreakable alliance. It provides man with peace and security and makes his life meaningful.

That is what true religion can do for humanity, and that is the concept of religion in Islam.

Any faith which fails to bear these fruits is not Islam or rather, is not religion at all, and any man who fails to draw these benefits from religion is not religious or God-minded. God is absolutely true when He says in the Qur’an:

Verily the religion with God is Islam. Nor did the People of the Book dissent therefrom except through envy of each other, after knowledge had come to them. But if any deny the Signs of God, God is swift in calling to account. (Aal `Imran 3:19).

And if anyone desires a religion other than Islam, never will it be accepted of him; and in the Hereafter he will be in the ranks of those who have lost (all spiritual good). (Aal `Imran 3:85)

The article is excerpted from Dr. Hammudah’s well-known book “Islam in Focus”.