Why do we follow Islam? What makes Islam special? Why is Islam the universal and one true religion of all God’s prophets? 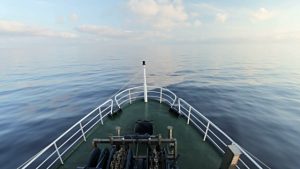 Islam is the universal and one true religion of all God’s prophets.

0 mankind, indeed We have created you from male and female and made you peoples and tribes that you may know one another. Indeed the most noble of you in the sight of God (Allah) is the most righteous of you. Indeed God (Allah) is Knowing and Acquainted. (Al-Hujurat 49:13)

Confirming this wonderful concept of equality in Islam, Prophet Muhammad, in his last sermon, said:

Nobody has superiority over others except through piety and good action.

Islam teaches us not to hate or put down others based on their race, color of skin or eye, or nationality.

Islam is a practical remedy for the racial conflict and discrimination which the world witnesses.

In Islam, blacks and whites are just brothers and sisters in the same human race. They are all from the same father, Adam, who was created from dust. Thus, we are all from earth and we will go back to earth and turn to dust again.

This is an important lesson that we can derive from the above quotes from the Qura’n and the Prophets’ last sermon. And this was the lesson that Malcolm X learned when he went to Makkah to perform Hajj (pilgrimage).

So, why do some people feel or act with arrogance or false pride towards others?

Universality and Unity of Message

Muslims love and believe in all God’s prophets including Adam, Noah, Abraham, Ishmael, Isaac, Jacob, Moses, Jesus, and Muhammad (may Allah’s blessings and peace be upon them all).

Prophet Muhammad said, “I am the nearest of all the people to Jesus, the son of Mary. For there was no prophet between me and him (Jesus). The prophets are ju st brothers; their mothers are different, but their religion is one.”

Allah and His Messenger

Islam is the universal and one true religion of all God’s prophets. God says:

It is He (Allah) who has sent His messenger (Muhammad) with guidance and the religion of truth… (Al-Fath 48:28)

Muhammad is not the father of any of your men, but (he is) the Messenger of Allah, and the Seal of the Prophets: and Allah has full knowledge of all things. (Al-Ahzab 33:40)

The article is excerpted from the author’s Have You Discovered It’s Real Beauty?