How does Islam look at polytheism, and what is the verdict that Islam has on polytheism? 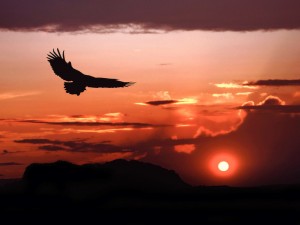 Islam is quite strict on the purity of monotheism, relating all power to where it belongs: to God, to Allah.

In other words, it is clearly made that this coordinated universe cannot really emanate from more than one will, one designer, and one creator. This is the first logical basis to start from as is clarified through the Qur’an.

Between Polytheism and Universe

It follows from this that any assumption of more than one God, or more than one ultimate authority in the universe is contrary to what you see as a balanced order in nature. An example from the Qur’an is:

If there were, in the heavens and the earth, other gods besides Allah, there would have been confusion in both! but glory to Allah, the Lord of the Throne: (High is He) above what they attribute to Him! (Al-Anbiyaa’ 21:22)

Furthermore, the Qur’an also indicates that the assumption of more than one deity or god, each with independent will, automatically results in the possibility and likelihood of conflict between those independent wills or authorities.

The Qur’an says, concerning the presence of more than one god:

Behold, each god would have taken away what he had created, and some would have lorded it over others! Glory to Allah! (He is free) from the (sort of) things they attribute to Him. (Al-Mu’minun 23:91)

In other words, if there were more than one creator, then each can take away what he has created and just claim absolute will and power over his own creation, which is unattainable.

Now let’s move from polytheism, which is the belief of several gods, to the belief of two Gods: God of good and God of evil. How does Islam view the dichotomy between good and evil and the worshiping of two Gods?

The belief of two gods is viewed as a form of polytheism. The number may be two but it is still the multiplicity of God. Any recognition of rival authority to that of the One and Absolute Lord of the universe is one form of polytheism.

When you assume the presence of two Gods then you have one of two possibilities and no more: either that these two Gods have equal power or that one of them is superior to the other.

Let’s begin with the second assumption. If we assume that one God is more powerful than the other then it means the other God is really a weaker God or an inferior God compared to the first. When we talk about deity, the question on inferiority and weakness is totally irrelevant and completely inapplicable. So that’s a logical contradiction.

The other assumption is that both Gods have equal power. The questions that may be interesting to focus on here are 1) to assume two equal powers is contrary to the cosmic order and to the unity that we see in the structure of the universe and 2) what happens when there is a decision that’s controversial and they have a disagreement?

For example, the god of good wants to give life to someone while the god of evil wants him to die. Now who will prevail? How do you reconcile a controversial question like that? It’s impossible.

Some may argue that these two Gods could compromise, but when you talk about compromise it means that one would have to give a little here and then the other would do the same at another time. That means ones will and the others will could not be absolute or final and that again is a contradiction because we already said that to talk about God we’re talking about a type of authority as absolute, final and uncompromising.

On these grounds the question of duality, or having two Gods, is totally unattainable and illogical as far as Islam is concerned. This leads us to conclude that there must be one creator, one will, and one authority. As far as the paradox of the existence of good and evil we can seek a better explanation than assuming that there are two gods.

Allah says in the Qur’an:

If Allah touches you with hurt, there is none can remove it but He: if He designs some benefit for you, there is none can keep back His favor: He causes it to reach whomsoever of His servants He pleases. And He is the Oft-Forgiving, Most Merciful. (Yunus 10:107)

In conclusion, taking two Gods is only another form of polytheism, which is unacceptable to the Muslim.

Authorities Other than God

What about the worship of other orders of creation such as spiritual beings, Satan worshippers, sorcery, magic, and people making a whole faith, a whole religion, a whole belief, or cult out of them?  How does Islam view the association of God with others that are not exactly deities?

There’re three issues that I’ll deal with separately. The first issue is whether or not a Muslim believes in other orders of creation. The second issue is whether those creatures or orders of creation have independent or separate authority or power than Allah/God. And the third issue is that of invoking and communicating with those spirits for purposes like magic, sorcery, exorcism etc.

On the first issue, Muslims do believe in other orders of creation and unseen creatures. For example, the Qur’an talks about the angels as one creation of Allah. I believe that Jews and Christians also believe in this same basic concept. There is no problem in admitting their existence even though we can’t see them. Secondly, the Qur’an also discusses devils, Satan and jinn in general and that’s another set of creations, which are also unseen. Thirdly, the Qur’an talks about the survival of the soul after death.

After the physical bodily death, the soul keeps on living for eternity. The main point is the belief that the souls of the humans who die, even if their bodies have dissipated, still lingers and survives until the Day of Judgment and thereafter. As far as this issue is concerned, yes there are orders of unseen creations that you cannot physically touch or see.

The second issue is whether Muslims believe that these creatures have powers. The answer is most definitely no. Again, Islam is quite strict on this purity of monotheism and relating all power to where it belongs: to God, to Allah. It follows from this that these spirits or other levels of creation have no power, whatsoever, that are independent from God’s power. They have no knowledge of the unseen or the future more or less control over them. All that is said concerning their abilities to have these is considered superstition. God is the one who controls everything.

The third point is concerning whether one can evoke those spirits, utilize them, or communicate with them. We find, again, that the position of this in Islam is very clear. It condemns in no ambiguous terms any form of magic, sorcery, exorcism or any similar type of witchcraft.

In fact, the Qur’an clarifies that one of the dangers is that people may end up worshiping Satan. So when we talk about the church of Satan or Satan worshipers, it is something that the Qur’an warns about over 1400 years ago. In the words of God Himself it says, “Did I not enjoin on you, O ye Children of Adam, that ye should not worship Satan; for that he was to you an enemy avowed?” (Ya-Sin 36:60)

There is a very clear position taken here. In fact, this is all supplemented by the saying of prophet Mohammed in which he equated the use of magic or belief in it with becoming a disbeliever. In other words, the resort to magic, especially black magic, can amount to disbelief in Allah. In fact, many people sometimes resort to superstition or sorcery because somehow they feel they can seek refuge in those spirits or in their protection.

Again the Qur’an is very clear: protection comes only from Allah. Seeking refuge should be only directed towards Allah. A verse that clarifies this says, “Say (O Mohammed): “No one can deliver me from Allah (if I were to disobey Him), nor should I find refuge except in Him.’” (Al-Jinn 72:22)

In fact, to conclude, from our own human experience, we hear about people who slip into cults, especially in sorcery and magic, and end up going crazy because it has dangerous psychological effect on them and it’s a dangerous area to get into so one should really direct himself to the creator and seek refuge and protection only from him.

2 thoughts on “How Does Islam Look at Polytheism?”

The world is unified because the All is in each thing, starting with the Gods. The Gods themselves all have the capability to act through each other, as described in Plato, Aristotle, and Proclus. Even in instances of conflict in myth, this usually creates temporal institutions in human society, like marriage, or warriorship.

There’s only One God brother.

The whole of creation, in its most natural state, is the most immediate expression of the order intended by the Transcendent.

Humans are beings that have knowledge as well as ignorance, memory as well as forgetfulness. In contrast with the rest of creation, they have to live with dignity, risk, and freedom, all at once. What the Transcendent demands of their consciousness is to know Him or, more precisely, to recognize Him, and He has given them the means by which they can meet His demands.
Allah says in the Qur’an:
Nothing is like Him, and He is the All-Hearing, the All-Seeing. (Ash-Shura 42:11)