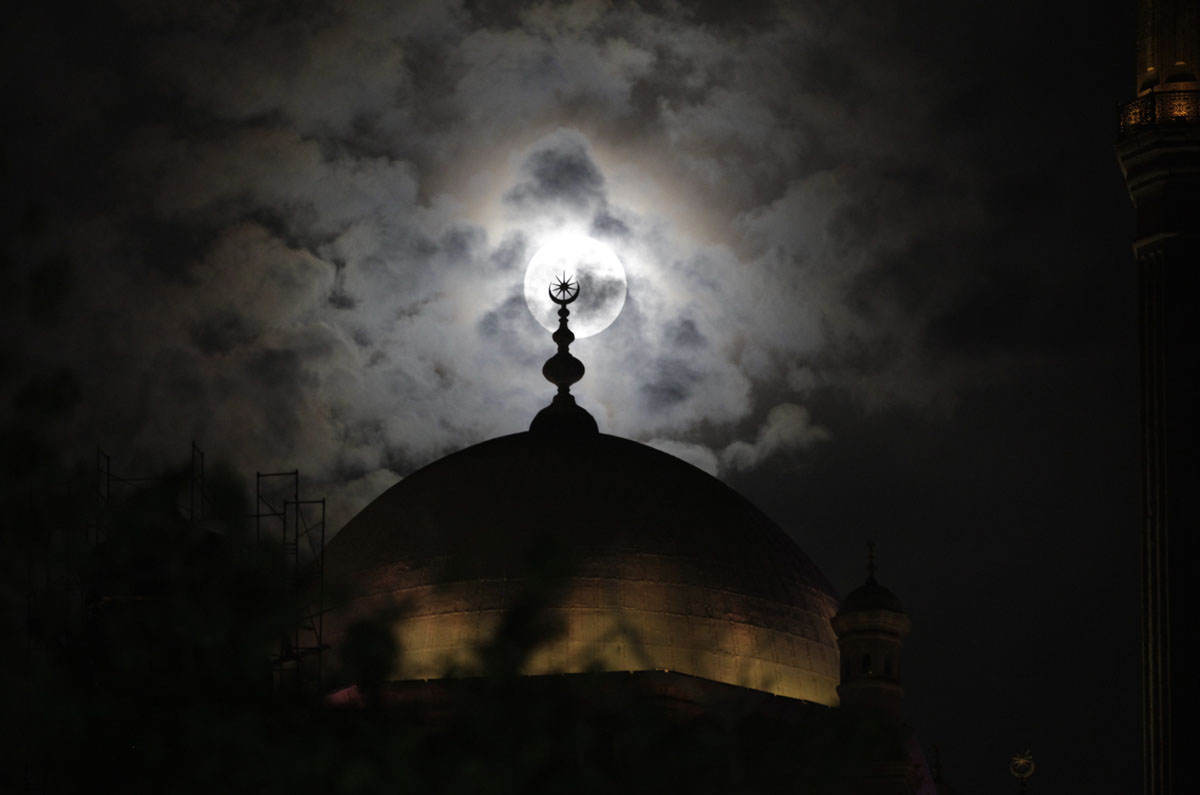 Jihad (as long as it is not in the form of armed struggle, qital) can be taken for a form of da`wah.

The term “da`wah,” in the sense of an invitation to Islam, is used more than a dozen times in the Qur’an. The term “jihad”, and especially its corresponding verbal forms, are even more common. Though da`wah and jihad are not directly related to each other in the holy book of Islam, they have a common aim: to spread Islamic and Muslim rule.

Etymologically, the noun “jihad” has the meanings “effort, struggle, striving, exertion” and is derived from the verb “jahada”, the basic meaning of which is “to put effort, to strive, to exert oneself.”

As Firestone argues, “the semantic meaning of the Arabic term jihad has no relation to holy war or even war in general” (Firestone, 1999:16). In the Islamic juridical-religious sense, it has a number of meanings, all of which fall under a rather loose concept of “exertion of one’s power to the utmost of one’s capacity in the cause of God.” Some of these meanings are directly derived from the Qur’an itself:

So obey not the disbelievers, but strive against them herewith with a great endeavour. (Al-Furqan 25:52)

Those who believe, and have left their homes and strives with their wealth and their lives in Allah’s way are of much greater worth in Allah’s sight. These are they who are triumphant. (At-Tawbah 9:20)

Those who were left behind rejoiced at sitting still behind the Messenger of Allah, and were averse to striving with their wealth and their lives in Allah’s way. (At-Tawbah 9:81)

You should believe in Allah and His Messenger, and should strive for the cause of Allah with your wealth and your lives. That is better for you, if you did but know. (As-Saff 61:11)

As for those who strive in Us, We surely guide them to Our paths, and lo! Allah is with the good. (Al-`Ankabut 29:69)

..while others have been formulated based on Prophet Muhammad’s Sunnah.

The term has two broad meanings. One is an internal struggle to overcome one’s weaknesses and perfect oneself to become and remain a true God-fearing Muslim. This, in the Muslim tradition, has come to be called “the greater jihad” (al-jihad al-akbar).

The second is an external (physical) struggling against those who oppose the Islamic principles and rule. This is called “the lesser jihad” (al-jihad al-asghar). In other words, jihad can be either personal (limited to the individual) or social (encompassing social groups or society at large).

In the scholarship (especially in the realm of social sciences), jihad traditionally has been viewed through the prism of violence – it has become associated with armed struggle and fighting and usually described in negative terms.

Most Muslims, among them religious scholars, have forcefully contested such an approach – they insisted that Islam is in general a peaceful religion and jihad in particular exemplifies this.

Yet, within the Muslim Ummah there have always been those who advocate the jihad-as-fighting concept. They have done and still do so for reasons quite different from those non-Muslim scholars of Islam who emphasize jihad’s violent nature.

Thus, the relation of “jihad” to violence has been the focal point in the still ongoing and ages-long polemic, not only between Muslims and non-Muslims, but also among Muslims themselves. In this polemics, however, one has to appreciate the distinction between the original sources (the Qur’an and Hadith collections) as eternal and universal (this especially applies to the Qur’an) and elaborations made later in the history.

The text of the Qur’an is, no doubt, the point of reference for the discussion of jihad and its relation to violence. Yet, while some simply derive their arguments from the Qur’an, others, on the contrary, force their premeditated arguments on the Book of Muslims, the Qur’an.

By stretching their interpretations of their Qur’anic readings, some Muslims projected a framework for their particular world view onto a document which did not justify it. This, naturally, has brought discrepancies among Muslims in perception of the notion of “jihad.”

Abdullah Yusuf Ali, in his widely-used English translation of the text of the Qur’an, makes a distinction between fighting (qital) and striving (jihad): he desists from using the two words as synonyms. Indeed, in the Qur’an, jihad is not equated with armed struggle or any other type of violence.

These conditions are comprehensively set in the Surat At-Tawbah (Chapter 9 of the Qur’an): Wrongdoing and hostility against Muslims must be resisted, if there be need, even by armed struggle; only combatants should be fought against, while civilians (the elderly, children, women, monks, and priests) have to be spared; fighting should cease as soon as hostilities from the adversary’s side cease; those adversaries, who submit to the Muslim rule, should be granted certain rights in exchange for duties; concluded truces have to be observed, and so on.

Anyway, the Qur’an vigorously praises the Islamic fighter (qatil), and the slain fighter (maqtul) gets an enormous reward from God. It only remains unclear whether qital is a fard `ayn (individual duty) or fard kifayah (communal duty). In any case, qital fi sabilillah (fighting in God’s path) is a virtue in the eyes of God, as it is asserted in numerous verses of the Qur’an. Yet, relation between qital and jihad remains ambiguous in the whole of the Qur’an. In any case, there is more to jihad than just qital.

In the Qur’an, “jihad,” besides its other meanings, is an all-encompassing effort to make the Islamic rule prevail. It includes one’s time, property and health, and even life (4:95, 9:20). Though there is no clear-cut distinction, the Qur’an speaks of, on the one hand, private (personal) jihad as a life-long endeavor (almost a synonym of piety, taqwa),17:19 ,22:78 ,25:52 ,29:6) and, on the other hand, occasional communal activity, which might even amount to armed struggle (4:95, 9:81). Hence, the notions of al-jihad al-akbar and al-jihad al-asghar are implied in the Qur’an itself.

From the Qur’anic perspective, it is rather easy to link da`wah and jihad to each other: Both refer to “striving in the path of God.” From a theoretical perspective, as a contemporary commentator, Fadlullah, suggests, qital is for defending Muslim lives and property and by this preparing the ground for da`wah, as da`wah can properly operate only in a peaceful environment (Fadlullah, 1994:100).

Qital and da`wah, thus, stay separate. Therefore, it can be said that jihad (as long as it is not in the form of armed struggle, qital) can be taken for a form of da`wah. Conversely, it can be argued that jihad comprises several forms – qital (armed defense of religion), da`wah (offense, albeit peaceful, of religion), as well as personal piety, taqwa.

The article is excerpted from an academic dissertation titled “The Multiple Nature of Da`wah” by Egdunas Racius, an expert on Islam at Vytautas Magnus University, Lithuania.