The following is one of the noteworthy misconceptions about the religion of Islam and it’s principles of human rights. 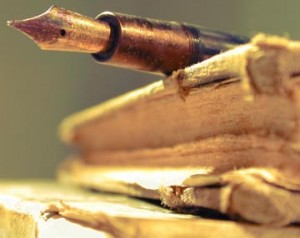 One should note that most of the accusations against Islam could be directed to the Jewish, Christian and other religions as well, since they have religious codes that are deemed unacceptable by modern secular systems of life.

Our clarification here is only of Islamic principles since Islam is absolved and free from the falsehoods and injustices perpetrated in the name of other religions that have played the major role in the backlash leading to modern secularism.

There has never been any conflict in Islam between religion and rational science and development of civilization within the framework of faith in the Creator, His Messengers, and His revealed Law.

Reply to the misconception about Shari`ah (Islamic Law):

We note here that Muslims believe that the Islamic Law is a complete and comprehensive code of life, fully adaptable and suitable in its principles and laws for every age, location and people.

True liberty is liberty from selfish desires or of a ruling oligarchy or hierarchy. The worst subservience is to worship others besides the One Lord, Creator and Sustainer of man.

Islam does not accept the liberty of the libertine who thinks he may do whatever he desires no matter what. Islam is not only a religion of the spiritual bond between a person and his Lord and Creator, but includes temporal and worldly commandments from Allah, the Wise, for all aspects of life.

Islam organizes the relationship between man and his Creator as well as the relationships between man and his society and other peoples and nations. Unlike Judaism Islam is universal and is not limited for a specific race of people. Although Christians claim universality, they apparently have digressed from the path which was revealed unto Jesus (peace be upon him) who said that, as reported by Christians:

Jesus also is reported to have said to his twelve disciples, who were selected to match the twelve Jewish tribes:

“To these twelve Jesus sent forth, and commanded them, saying, go not into the way of the Gentiles, and into any city of the Samaritans enter not. But go rather to the last sheep of the house of Israel.” (Mathew 10:5, 6)

The Prophet of Islam (peace be upon him) has been sent as a mercy for all mankind. Allah the Exalted states in the Qur’an:

Islam is not only a religion of the spiritual bond between a person and his Creator, but includes temporal and worldly commandments from Allah.

The Islamic Shari`ah has two aspects. One aspect includes faith, belief, various acts of worship and the laws that are constant, never subject to any changes regardless of differences of time or place. For instance, salah (prayer) in Islam is a ritual that has standard specification: recitation from the Qur’an, bowings and prostrations, whether in Nigeria or Arabia or Indonesia.

Similarly, zakah (obligatory charity) has standardized and unalterable rates and amounts for various categories of wealth. Laws of inheritance are set and no one in the society has the right to modify them for some advantage of his or out of spite.

These permanent laws reinforce the underlying equality between all men since they are basically the same wherever they live.

The second aspect of the Islamic laws, especially those that regulate the relationship of man with his fellow man and other people and nations, which are in a general form wherein the details are left to be adapted according to the needs that arise in the constantly changing conditions of the society. Such rules and regulations maybe amended, altered and adapted within a general framework.

These changes or modifications, however, are to be supervised by specialists and jurists who understand well the principles of Islamic law and all developments in the current society. The principle of shura (consultation), for instance is one example.

This principle is mentioned in the Qur’an in a general form without giving detail to the mechanics. No binding information was given in the Qur’an that explains exactly how to apply, execute and implement shura in the Islamic society, although the Sunnah (way) of the Prophet (peace be upon him) does give some guidance.

This trait of adaptability allows the Islamic scholars to interpret the details of shura to serve the requirements of every age and place. What is applicable for one generation or society can be made applicable for another with minor alterations according to the need of the time. This flexibility illustrates the validity, comprehensiveness, and universal scope of Islam.

The article is an excerpt from the author’s book “Human Rights in Islam And Common Misconceptions”.