The Transcendent, His Names 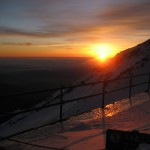 The most natural of human quests is, when all is said and done, to know the source of the power and energy that give life to the world; it is the search for the divine.

There is no “Islamic theology.” It is meaningless, and in actual fact wrong, to compare the often peripheral discussions that took place among Muslim scholars (particularly from the tenth century) with the radical reflections that gave birth to “Christian theology.”

Admittedly, some debates were lively, and in the course of history in the Islamic schools the meaning and significance of the names of God and of His attributes, and the status of revelation have been discussed, but the boundaries of these controversies, in contrast to the history of Catholic dogma, for example, have remained circumscribed and have never gone as far as to open to question three fundamental principles: the absolute Oneness of the Creator, the impossibility of there being a representation of Him, and the truth of His word revealed in the Qur’an.

An authentic “theology” would first and foremost have discussed these three principles. But a careful study of the history of the debates among the schools shows that the disputes took place mainly in separation from these three principles, which, at the heart of the Muslim understanding, are the basis of what is called tawheed (Oneness of Allah).

Islam begins just here: to understand Islam is to grasp the meaning and significance of the multiple dimensions of tawheed.

The concept of tawheed expresses first and essentially the fact of the absolute Oneness of God: the first principle, Creator of all, eternally present in history and at each moment, He is the Most High (Al-`Ali), beyond all that is (Al-Kabir, Al-Wasi`, Al-Jami`), infinitely Near (Al-Qarib), closer to each of us than his jugular vein:

We verily created man and We know what his soul whispers to him, and We are nearer to him than his jugular vein. ( Qaf 50:16)

The whole of creation, in its most natural state, is the most immediate expression of the order intended by the Transcendent. Here, in the universe of the “laws of nature” and “rule of instinct,” everything is in itself already and eternally “Islamic”; submissive to and at peace with the Living One (Al-Hayy), the Eternal (Al-Qayyum), who grants life (Al-Muhyi) and brings death (Al-Mumit).

Nature is a book abounding in signs (ayat) of this essential link with the divine, this “natural faith,” this “faith within nature” that is chanted by the mountain and the desert, the tree and the bird:

Are you not aware that it is God whose limitless glory all (creatures) that are in the heavens and on earth extol, even the birds as they spread out their wings? Each (of them) knows indeed how to pray unto Him and to glorify Him; and God has full knowledge of all that they do. (An-Nur 24:41)

The seven heavens extol His limitless glory, and the earth, and all they contain; and there is not a single thing but extols His limitless glory and praise: but you (O men) fail to grasp the manner of their glorifying Him! (Al-Israa’ 17:44)

“You” refers here to human beings, beings endowed with consciousness and freedom, yet who “do not see” and “do not understand” the celebration that the creation, simply by being what it is, addresses to God, as too are the “jinn” of the Islamic tradition—beings created from fire who, like human beings, can choose to accept or refuse to hold to faith in the Creator.

Thus, with consciousness and freedom, another dimension is opened up, a dimension of faith, nature, submission, and peace, where one must listen, hear, understand, search, begin, resist, reform. Here we must learn to celebrate, learn to pray.

Inherent Recognition of Him

Humans are beings that have knowledge as well as ignorance, memory as well as forgetfulness. In contrast with the rest of creation, they have to live with dignity, risk, and freedom, all at once. What the Transcendent demands of their consciousness is to know Him or, more precisely, to recognize Him, and He has given them the means by which they can meet His demands.

The idea that an intelligent being may find itself alone, abandoned, a prey to doubt with no landmarks in the midst of the “tragedy of life” is alien to Islam: God always makes available to humankind tools and signs on the road that leads to recognizing Him.

The first space that welcomes human beings in their quest is creation itself. It is a book, as we have said, and all the elements that form part of it are signs that should remind the human consciousness that there exists that which is “beyond” them.

This revelation in and through space is wedded to revelations in time, which, at irregular intervals, came as reminders of the origin and end of the universe and of humanity. The Qur’an, the last of these revelations in the Muslim view, has as its main purpose to remind and to direct; to recall to memory the presence of the Only One, to direct the intelligence toward the knowledge of Him.

In the natural order, distinct from all the other creatures by virtue of consciousness, intelligence, and free will, human beings express needs according to the measure of their qualities and nature.

With regard to the latter, the most natural of human quests is, when all is said and done, to know the source of the power and energy that give life to the world – in fact, it is the search for the divine. The first teaching we may draw from revelation is to understand the absolute necessity for the revelation itself.

Basically, we learn from this that we can say of God only what He says of Himself. In other words, we must be listening for what He has said and communicated to humankind throughout history about recognizing and approaching Him. By this means, the Being has offered His names to human intelligence in order to direct it toward the knowledge of Him, but never toward the definition of Him.

Thus, all the divine names- there’s ninety-nine names, and more, on the basis of the Qur’an and various traditions- of which we have mentioned some, make it possible to meditate and gain access to His transcendence, His closeness, His kindness, and His mercy, but all reveal, in the human heart, human insufficiency, dependence, and “need of Him.”

The second teaching of the Revelation is to invite individuals to a deep study of their own inner lives. The search for God and the sense of “the need of Him” may also arise from the indefinable work of looking inward that is required of each of us.

The knowledge of God leads us to our self, as the knowledge of our self leads to God. What is uncovered through the two revelations, al-Kitab al-mastur (the written Book) and al-Kitab al-manshur (the Book that is spread out; the universe), is a profoundly harmonious conception of the human being.

With the turning of the pages and the passage of time, it takes shape and allows us better to find an order in divine commandments, human characteristics, and the meaning of the effort toward bringing about harmony and justice, which is required of humankind.

The encounter with the Only One, the “full and natural faith” of the created universe, the “need of Him” as the essence of being human, are, I suggest, the three fundamentals of the universal at the heart of Islamic civilization. Flowing from our observations about the Transcendent and His names, we find a special concept of humankind.

The article is an excerpt from Dr. Tariq Ramadan’s book “Western Muslims and