The rulings of da`wah 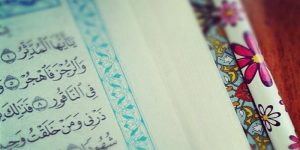 2- Da`wah is a collective obligation on Muslims

3- Da`wah is the most honorable deed

1- Da`wah is the Way of Prophet and His Sunnah

Since the very beginning of Islam, the Prophet (peace be upon him) received the first command from Allah (Exalted be He) to arise and give Da`wah to people:

O you enveloped in garments. Arise and warn. And magnify your Lord. And purify your garments. And keep away from the idols. And do not slacken in seeking more good. And be patient for the sake of your Lord. (Al-Muddaththir 74-1:7)

The first task the Prophet (peace be upon him) was entrusted with, was to give warning to people and declare to them the greatness of Allah, their Lord. He was advised to prepare himself for this big task by keeping away from inwardly and outwardly impurities. And keep being patient and consistent in his work for the sake of Allah, his Lord.

Since that time, the Prophet had started calling people to Islam and continued to do so all his life.

Furthermore, Allah addressed Prophet Muhammad (peace be upon him) saying:

O Prophet, We have sent you as a witness, bearer of glad tidings, warner, caller to Allah, with His permission, and a light giving torch. (Al-Ahzab 33:45)

The Qur’an also stated that giving da`wah is the way of Prophet Muhammad and his true followers:

Say: “This is my way: I do invite unto Allah, on baseerah (clear proofs and evidences), I and whoever follows me; Glory to Allah! and never will I be of polytheists” (Yusuf 12:108)

“Say”: is an important command from Allah to the Prophet in particular, and Muslims in general to declare to mankind that their way is inviting people unto the religion of Allah, the pure Tawheed, glorifying Allah, and keeping away from all forms of polytheism.

This holy verse summarizes the basics of da`wah methodology. Da`wah should be given on clear evidence.

“Baseerah” could be translated into “strong proofs and evidences that make the truth crystal clear as if one is seeing it by his own eyes”.

Thus, it is the way of the Prophet (peace be upon him) to use in da`wah all types of evidences and proofs in order to make the truth clear to the recipient of Da’wah as if he is seeing it with his own eyes. To be on baseerah, the caller should also be knowledgeable, wise, open-minded, respectful, well-mannered, modest, yet not compromising Islam.

2- Da`wah Is a Collective Obligation on Muslims

Collective means that if some people carry out this obligation then there is no blame on other Muslims, but if no one does it then all Muslims of the community are sinners.

As we made it clear before, since Islam is the final Divine Message to mankind, and Prophet Muhammad is the last Prophet, the Muslims as a nation and individuals are entrusted with the heavy task of preaching this Divine Message to all people.

Scholars of Islam say that da`wah among non-Muslims is a collective obligation on the Muslim Ummah; meaning that there have to be trained and specialized groups and individuals in every community to deliver da`wah to non-Muslims on behalf of all others. But if no one fulfills this duty then all Muslims of the community are sinners.

Furthermore, it is the duty of all Muslims to provide all kinds of support to the da`wah work.

Qur’an and Prophet’s traditions guide Muslims, as a nation and individuals, to fulfill the duties of Da`wah and regard this as a vital part of the mission of Islam. Therefore,

Da`wah must be delivered as a genuine part of Islam not as an accidental or secondary activity, according to circumstances, or as a reaction to missionaries activities in the Islamic world.

One thought on “Dawah: The First Command from Allah to His Prophet”

Salaam sister if you could contact me. I would like to further discuss an opportunity with you