I received an urgent phone call to meet with somebody who was interested to get some information about Islam. I was surprised to find out that it was not a lady as I expected but rather a whole family: father, mother, son, and daughter. 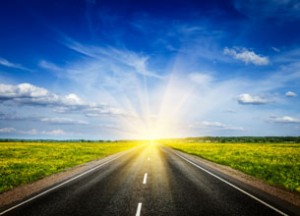 These people are in need for sincere Muslims who are capable of bringing them to the truth of Islam; to a balanced and happy life.

They have been in Kuwait for only two months. The father was an engineer in the oil company where he had his first contact with Islam. He was so impressed by Islam that he has accepted it from all his heart within his first week in Kuwait. He felt he was a Muslim all his life but he was not aware of it.

He was working hard with his family to guide them; thanks to Allah his wife and children accepted Islam. He brought all of his family members to get more support and guidance. He encouraged them to ask questions and increase their knowledge about Islam.

He wanted to educate himself and his family about Islam in order to be able to make Da`wah in their community after returning to their country.

I was amazed how easily this family converted to Islam. They were just waiting for the first spark to ignite their faith in the True One God, Allah.

Few years ago, I read a similar amazing story of a French model who was very unhappy, and unsatisfied with her life although she had all what she can dream of. She decided to do something valuable in her life; she went to Afghanistan to help in the relief efforts for the refugees. There, in Afghanistan, she discovered the true Islam. She converted to Islam, put the hijab, quitted her work as a model, and dedicated the rest of her life for Islam.

These enlightening and inspiring stories are happening repeatedly all over the world. As millions of people entered Islam in the past, there are, at present, millions of people from all races, and all nationalities, who have discovered the truth of Islam and found the solace of their souls and comfort of their hearts in its teachings, in spite of the relentless propaganda against it.

These new Muslims come from a variety of backgrounds; they include simple people, intellectuals, scientists, priests, and artists, young and old, Christians and Jews, Hindus and Buddhists, as well as atheists. Islam gives them what they were missing; it enlightened their hearts, and made their life meaningful. They found in its guidance answers to their questions and solutions to their problems.

They realized that by embracing Islam, they were actually reverting to their original pure state in which Allah created them. For this reason, many of the new Muslims see that ‘reverting to Islam’ is actually a more appropriate term for them than ‘converting to Islam’.

Carriers of the Message

Islam is the fastest growing religion in the U.S.A and the world according to leading American news agencies (ABC News, CBS News, CNN, US News) and magazines (Los Angeles Times, The New York Times, Seattle Times, and Times Magazine).

This fast spread of Islam, in spite of the adverse conditions of the Muslims, is an evidence that Islam is a religion taken care of by Allah, the Almighty. Even with the misunderstanding and bias, Islam is gaining followers every day more than other religions.

There are millions of potential Muslims around the world sincerely searching for the truth but they have no access to it; they have no guidance, simply because Muslims are not doing enough. I always ask myself: are not we the carriers of the last and final message? Is it not our duty to make the call of Islam reach everywhere in earth? Would Allah (Exalted be He) excuse us for not doing enough?

It is true that the Muslim Ummah cannot, at present time, compete with developed nations in material progress. However, Muslims have a lot to contribute for the welfare of humanity. They are the carriers of Allah’s guidance.

Upon their shoulders lies the responsibility of conveying the truth of Islam, the message of all the prophets of Allah, to all peoples wherever they are. They are entrusted with the task of rescuing humankind from the evil consequences of the disbelief and bringing them to the light of the true faith of monotheism.

In fact, what Muslim Ummah can contribute for the welfare of humanity is much more important than food and water. Currently, there are many people, particularly in the developed societies, thirsty for the guidance of Allah.

There are millions of people, who are unhappy with their modern and unfulfilling material life. Modern civilization failed to give them the spiritual satisfaction they need. These people are in need for sincere Muslims who are capable of bringing them to the truth of Islam; to a balanced and happy life.

Let us not underestimate the power of Islam to win people’s hearts; it is tremendous and beyond our expectation. It is amazing how Islam brings hearts together; one only needs to visit any Islamic Da`wah center and see people who have come to Islam from all religions, cultures, colors and races in harmony and brotherhood; it reminds Muslims with the holy verse:

If Muslims intensify their efforts to portray the true image of Islam and expose its beautiful human nature to mankind, a mass conversion to Islam from among all races would surly happen.

Many millions of people from all over the world are expected to embrace Islam in the future; it happened in the past, and it is happening now, and will certainly happen in the future in a wider scale as a fulfillment of Allah’s unfailing promise of victory to Muslim Ummah:

When there comes the help of Allah and the victory. And you see people entering the religion of Allah in companies. Then celebrate the praise of your Lord, and ask His forgiveness; surely He is Oft-returning. (An-Nasr 110:1-3)