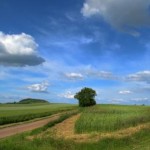 Before leaving for their homes they requested the Prophet to appoint a leader for them.

Perhaps the most remarkable feature of the character of the Arabs was their openness, outspokenness or frankness to the point of being blunt and tough. The talk that Kinanah ibn `Abd Yalil, a pagan chief, had with the Prophet (peace and blessings be upon him) illustrates the brusqueness of the sons of the desert.

Kinanah said: “As for adultery, we mostly remain bachelors or cannot get married, so we must need to indulge in it.”

The Prophet replied: “That is unlawful for you. God has commanded: “and come not near unto fornication. Lo! It is an abomination and an evil way.” (Al-Israa’ 17:32)

Kinanah said again: “What you say about usury means our entire property is nothing but usury.”

“You have the right,” replied the Prophet, “to get back the original sum lent by you for God has ordered: “O you who believe! Observe your duty to Allah, and give up what remains (due to you) from usury, if ye are (in truth) believers.” (Al-Baqarah 2:278)

“As regards wine,” Kinanah said further, “it is the juice of our lands and a must for us.”

“Allah has forbidden it,” replied the Prophet (peace be and blessings upon him) and then recited the verse:

O you who believe! Strong drink and games of chance and idols and divining arrows are only an infamy of Satan’s handiwork. Leave it aside in order that you may succeed. (Al-Ma’idah 5:90)

Kinanah again inquired, “What do you say about the idol Rabbah?”

“Break it,” answered the Prophet. Kinanah and his companions were taken aback.

They protested, “If Rabbah were to know that you want to break her, she would finish all of her priests!”

`Umar (may Allah be pleased with him) now intervened to say, “O `Abd Yalil, woe to you! How ignorant are you?”

What else is Rabbah except a stone?”

Kinanah and his friends replied angrily, “Ibn Al‐Khattab, we have not come to ask you.” Then turning to the Prophet, he said, “You may break it, but we cannot.”

The Prophet then said to them, “I will send someone with you who will do it for you…”

The deputation then took its leave from the Prophet who gave them a send-off. Before leaving for their homes they requested the Prophet to appoint a leader for them.

`Uthman ibn Abi Al‐`As was selected by the Prophet to act as their leader. He was the youngest among them but the Prophet (peace be upon him) had noticed his keen interest in religion and he had also learned some of the Qur’an before leaving Madinah.” (Zad Al‐Ma`ad)

Commandment for Zakat and Charity

The divine commandment making it incumbent upon the Muslims to pay Zakat i.e. a tax at a fixed rate in proportion to the worth of the property was revealed in the ninth year of the Hijrah. (Tarikh At-Tabri)

The Prophet (peace be upon him) sent the order for collection of poor‐due to all the functionaries appointed in the areas where the people had accepted Islam.