The issue of resurrection was and is still a serious issue among a vast number of people in non-Muslim environments which may passively affect young Muslims. For this reason, this question should be well tackled and carefully presented to them. 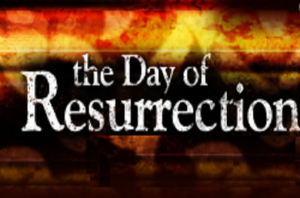 Man, whatever power he possesses, cannot give life to any dead being.

In three Qur’anic short dialogues the issue of resurrection is perfectly discussed and expressly clarified. First of all, the debate between Ibrahim (peace be upon him) and Nimrod who thinks that he is able to do whatever he wills in his kingdom even giving life to the dead. Next, the dialogue between Allah (Exalted be He) and `Uzair who wonders how Allah will return life to the dead village.

Then, the dialogue between Allah (Exalted be He) and Ibrahim (Abraham) who pleads Allah to show him how He gives life to the dead. Anyhow, light will be shed on the three dialogues one by one so that  moral and significance can be elicited.

In the first dialogue, Nimrod claimed that he was able to give life to the dead. To refute his false assumption, Ibrahim (peace be upon him) asked him to let the sun rise from the west;  hence Nimrod gave up and got perplexed.

This incident proves that man, whatever power he possesses, cannot give life to any dead being. Nimrod, Pharaoh  or any tyrant may claim that he can kill but he cannot prove his claim if he says that he can return life to the dead.  It is only Allah (the Almighty) who has the power to do this easily:

Has you not Turned your vision to one who disputed with Abraham About his Lord, because Allah had granted him power?

Abraham said: “My Lord is He Who Gives life and death.”

Abraham said: “But it is Allah that causes the sun to rise from the east:

Do you then cause him to rise from the West.”

Thus was he confounded who (in arrogance) rejected faith.

Nor does Allah Give guidance to a people unjust. (Al-Baqarah 2:285)

It is quite clear from this great brief dialogue between Ibrahim and the tyrant king “Nimrod”, how the Messenger of Allah talked to the arrogant king in such a logical wise manner that he could eventually confute him by going back to fundamentals. “If you had the ultimate power, why could you not make the sun rise from the west?!”.

Though Allah “granted him power” (Al-Baqarah 2:285), Nimrod, as Saboni (1981) says, “faced generosity and benefaction with ingratitude and tyranny”. Likewise, Baz (2007) adds that “blessing spoils its owner if he is deprived of the protection of Allah (the Exalted).”

Baz also numerates some educational fundamentals to be taken into consideration by tutors, educationalists and parents:  Allah must be thanked for His countless blessings, not to take blessings as means for wantonness, arrogance and rebellion, “faith to man is as vital as the vitality of drink, food and air”, strong belief in the absolute Might of Allah (Exalted be He) does not prevent a believer from taking the necessary measures, and if a servant of Allah transgresses and has become known as a transgressor, he will be deprived of Allah’s guidance.