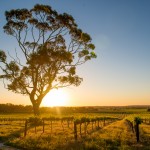 The outcome of his/her da`wah is in Allah’s Hand alone and is decreed according to His perfect wisdom and surrounding knowledge.

The literal meaning of “da`wah” in Arabic is to invite or call to something. When it is used in combination with Islam it means to invite mankind to submit to Allah willingly, meaning to worship Him alone, follow His straight path, and keep away from all sorts of disbeliefs and evil. Allah (Exalted be He) says:

Invite to the way of your Lord with wisdom and beautiful preaching. (An-Nahl 16:125)

This is the call of Islam: the message, all the prophets and messengers of Allah preached the same message to their peoples. Allah says:

The ultimate aim of the da`wah is the total obedience to Allah, sincerely from one’s heart, in his inward and outward, in his private as well as public life.

Da`wah Must Be Based on Compassion

Successful da`wah must stem from sincere compassion, kindness, and the love of all goodness to people both in this life and the Hereafter. The da`iah’s (one who invites people to Islam) main concern is to bring people to the light of the truth, save them from the disbelief and its evil consequences, and to free them from all forms of slavery of the life of this world.

This task was beautifully summarized by the Companion Rab`i ibn `Aamir when the commander of Persian army asked him: “What has brought you from your land? If it is hunger go back and we will send to you food and clothes.” Rab`i proudly told him:

“Allah has sent us, with His message to mankind, so that He releases whoever He desires from the worship of people to the worship of the Lord of people, from the narrowness of the life of this world to the boundless grace of the Hereafter, and from the injustice of man-made religions to the justice of Islam.”

How to Deliver Da`wah

The da`iah’s aim and focus should be insuring that da`wah is delivered to people with wisdom and in good manners.

He/she should make sure that Allah’s message reaches people in clear, proper, and convincing ways so that they are targeted according to their level of understanding, background and culture.

Results Are in Allah’s Hand

The da`iah should not be frustrated if he gets no results in return to his efforts, for the outcome of his/her da`wah is in Allah’s Hand alone and is decreed according to His perfect wisdom and surrounding knowledge.

The Dai’ah should realize that he has no control whatsoever over people’s hearts and minds. People’s souls are fully under the control of Allah; and He knows who is qualified for His guidance. Allah says to His Messenger:

You cannot guide whom you like, but Allah guides whom He wills. (Al-Qasas 28:56)

The Noble Qur’an confirms in many verses that the duty of the da`iah is only to preach Allah’s message in clear terms and in the best possible manners. This means that he/she should support his da`wah with logical proofs and clear evidences; and do his best to remove any type of misunderstandings or obstacles that may prevent people from accepting his call.

And obey Allah and obey the Messenger and be cautious; but if you turn away, then know that the Messenger’s duty is only to convey the message in a clear way. (Al-Ma’idah 5:92)

When the da`iah is fully aware of these facts, he/she would continue his da`wah steadily regardless of the response of people. Getting no response from people does not mean the da`wah is fruitless or ineffective. The change is always difficult; people usually take time to accept new ideas and need more time to make decisions to change themselves.

The successful da`iah should not be incapacitated by the negative response of people so that he/she gives up his da`wah and abandons his duty. The da`iah should not worry about such obstacles because this da`wah is taken care of by Allah. He promised to make its path easy and let it go in spite of the obstacles.

As we see, although Muslims are doing almost no effort to spread Islam, Islam is the fastest growing religion in world.

And We will make your way smooth to a state of ease. Therefore do remind, surely reminding does profit. He who fears will mind. And the most unfortunate one will avoid it. (Al-A`la 87:8-11)

Allah would guide through sincere da`wah those who are qualified for His mercy: those who have good hearts and are sincerely searching for the truth. And He will turn away from it those who chose to divert from His guidance and opposed His way and thus disqualified themselves for His mercy.

The article is excerpted from the author’s book  “A Guide to Giving Da’wah To Non-Muslims”, Islam Presentation Committee (IPC), Kuwait.