Some aspects of Islam are more critical than others; therefore priority must be given to the most important principles. The first pillar of Islam is the declaration that none has the right to be worshipped except Allah and the first pillar of iman (faith) is belief in Allah. Furthermore, the only unforgivable sin is to worship other than Allah. 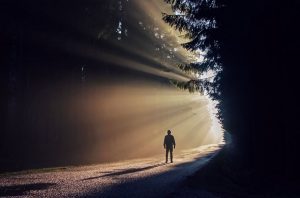 The call to tawheed should address Allah’s unique unity with respect to His lordship and sovereignty over His creation.

“You will be going to Christians and Jews, so the first thing you should invite them to is the assertion of the Oneness of Allah, Most High. If they realize that, then inform them that Allah has made five daily prayers obligatory on them. If they pray them, then inform them that Allah has made the payment of charity from their wealth obligatory on their rich to be given to their poor. If they accept that, then take it from them and avoid the best part of people’s property.” (Al-Bukhari)

The call to tawheed should address Allah’s unique unity with respect to His lordship and sovereignty over His creation, His names and attributes and His right to be worshipped alone, without any partner. This belief in tawheed should also be manifest in human relations with God, in their social interactions among themselves and in their relationship with the world in which they live and the creatures of that world that have been subjected to them.

Thus, whatever subject the da‘wah may begin on, whether hijab, terrorism, polygamy, etc., a conscious effort should be made to divert the topic ultimately to that of tawheed.

For it is only the acceptance of tawheed which will provide the one being called with success in this life and the next. If he is convinced of the reasonableness of hijab, and the unfairness of labeling Muslims as terrorists, and that polygamy is logical and natural, but he has not accepted the unique Oneness of Allah and that He alone deserves our worship, and dies in that state, he has failed and destroyed his opportunity for success in the next life.

Whereas, if he accepted Allah’s unique Oneness and worshipped Him alone, but was confused about the obligation of hijab, terrorism and polygamy, and died in that state, his place in paradise would be guaranteed according to Allah’s promise and that of His Messenger.

A classical example of diversion in da‘wah can be seen in the case of Prophet Yusuf (peace be upon him) in prison when two prisoners asked him to interpret their dreams.

Then it occurred to them, after they had seen the proofs to imprison him for a time. And there entered with him two young men in the prison. One of them said: “Indeed, I saw myself pressing wine.” The other said: “Indeed, I saw myself carrying bread on my head and birds were eating from it.” (They) asked: “Inform us of the interpretation of these things. Indeed, we believe you are one of the righteous.” He replied: “Whenever food came to you as your provision, I informed you about it before it came. That is from what my Lord has taught me. Indeed, I have abandoned the religion of a people who did not believe in Allah and the Hereafter. And I have followed the religion of my fathers, Abraham, Isaac, and Jacob, and we would never attribute any partners whatsoever to Allah. This is from the Grace of Allah to us and to humankind, but most people are not thankful.

O my two prison companions! Are many different lords better than Allah, the One, the Irresistible? You are only worshiping besides Him names which you and your fathers made up for which no authority was revealed by Allah. Judgment belongs to Allah alone. He has commanded that you worship none besides Him; that is the upright religion, but most people do not know.

O my two prison companions! As for one of you, he will pour wine for his lord to drink and as for the other, he will be crucified and birds will eat form his head. This is the case judged concerning which you both inquire. (Yusuf 12:35-41)

It is also important to remember that the call is to the message of Islam and not necessarily conversion to Islam. It is an invitation in which the message of Islam should be conveyed in its pristine purity and its comprehensive beauty. If that is the case, then people’s negative reactions are not important, as long as they are not a result of faults on our part.

Furthermore, the message should not be compromised in such a way as to water it down until its essence is lost. The essence of the message, tawheed, must be conveyed wherever and whenever possible and as directly as possible.

The popular phenomenon of “Interfaith dialogue” attempts to blur the essential issues and put all religions on an equal footing. Since all religions call to goodness and righteousness, they should be tolerant and accepting of each other. Meaning, there is no need to try to convert each other’s followers. Peaceful co-existence is what is needed and not a battle for souls. Such a call is dangerous as it is fundamentally false. There is only one true religion, Islam, and all others are false. Other religions, in an attempt to slow or halt the wave of conversions from their religions to Islam, have introduced the interfaith dialogue concept after centuries of vilifying and demonizing it final Prophet, Muhammad.

As for dialogues and forums where knowledgeable Muslims have an opportunity to present their evidences for the superiority of Islam and its teachings to masses of non- Muslims, these are acceptable as long as the clear message of Islam is not compromised.