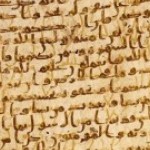 The divine laws and the historical events prove that Muslim relations with the People of the Book are based on acceptance, consideration and collaboration.

Unlike the popular conception, Islam is not a hostile religion. Acceptance, kindness, respect and cooperation are divine Islamic principles revealed to Prophet Muhammad (peace be upon him) for conducting his affairs with the People of the Book (the Jews and Christians).

These principles have led to the establishment of the constitution of the first pluralistic community known in history, in the City of Madinah, in the Arabian Peninsula, in the year 622 CE.

The Constitution of Madinah is the first written civil and political law spelling out the freedom of worship, trade and speech, community defense against its enemy, promotion of justice and goodness, and the fighting of evil.

The city of Madinah is where people of different faiths and nationalities, including Jews, Muslims, Ethiopians and Persians lived together in cooperation, peace and harmony.

This article addresses certain Jewish and Muslim historical events and Islamic principles relevant to the mutual benefits for both Jews and Muslims. Furthermore, the divine laws and the historical events prove that Muslim relations with the People of the Book are based on acceptance, consideration and collaboration.

There is a beautiful book written by the Christian Scholar and Archaeologist, Dr. William Baker, entitled “More in Common than you Think – A Bridge Between Islam and Christianity”. Although the subject of this book is about the Prophet of Islam and the Jews, Christians and other ethnic groups are treated in the same manner. I strongly recommend not only Christians to read it, but every man and women of any faith.

Although, some hostilities and differences between the Muslims and the Jews occurred during and after the life of the Prophet, the causes were not that Islam changed its standards, but rather were due to the breaking of covenants such as that of the tribe of Quraydhah with the Prophet.

Recreantly, hostility between the Jews and Muslims is about the conflict in Palestine. We hope that justice and peace will return to that part of the world.

Next is a focus on some of the universal Islamic principles relevant to the topic and which include Christians and others.

Conviction not Compulsion (Freedom of Belief)

Compulsion in religion is incompatible with the spirit of faith. This is certainly true of the Islamic Faith. Religious belief must depend on people’s free-will and choice. Islam establishes that people’s belief must come by conviction. A believer is one who willingly, through the signs of God in the universe and in himself, and through inner-self satisfaction, accepts the faith of Islam.

The Qur’an is full of verses and examples on this subject. Since belief by conviction is not our topic here we will not discuss any of these relevant verses. Confirming the “no compulsion-in-religion” Islamic principle, however, the following Qur’anic quotations are considered:

If it had been the Lord’s Will, they would all have believed- all who are on earth: will you then (Muhammad) compel mankind, against their will, to believe? (Yunus 10:99)

Let there be no compulsion in religion, truth stands out clear from error.(Al-Baqarah 2:256)

The two verses above basically establish the principle that no-force, or pressure is to be used or applied to force people, including Christians and Jews to be Muslims. This principle is clearly reflected in the life and practice of the Prophet Muhammad, and is reflected in the Constitution of Madinah, which guarantees the freedom of worship for all.

A Muslim is encouraged to carry out an intellectual dialogue with the People of the Book to establish and improve relations. Following are two examples:

Say O people of the Book! Come to common terms as between us and you that we worship none but God; that we associate no partners with Him; that we erect not, from among ourselves, lords and patrons other than God. If then they turn back, say: “Bear witness that we (at least) are Muslims (bowing to God’s Will).” (Aal `Imran 3:64)

Say: We believe in God, and in what has been revealed to us and what was revealed to Abraham, Ishmael, Isaac, Jacob, and the Tribes, and in (the Books) given to Moses, Jesus, and the Prophets from their Lord: We make no distinction between one and another. (Aal `Imran 3:84)

After all, it is an integral part of Muslim’s faith to honor the Prophets Abraham, Moses, Jesus and all other prophets of God (peace be upon them all), and follow their teachings. 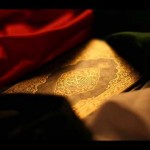 In calling people to the Islamic Faith, for example, a Muslim must be wise, sensitive, humble and considerate.

Islam teaches the Muslim to be kind, tolerant and understanding, and to establish fraternity among all people. The Qur’an tells us that God has made people into nations and tribes in order to know and deal with each other in kindness, and that the best of us is he who is more pious than others.

O humankind! We created you from a single pair of a male and female, and made you into nations and tribes, that you may know and deal with each other in kindness (not that you may despise each other). Verily the most honored of you in the sight of God (is he who is) the most righteous of you, and God is Knower, Aware. (Al-Hujurat 49:13)

The Muslim acceptance applies to all elements of life and must reflect in all of the Muslim’s affairs. The teaching of Islam towards proper behavior, anger control, patience, treatment of spouse, parent, neighbor, the young and the old, the friend, the enemy, the environment and specifically the People of the Book are evident in the Qur’an and the life and example of the Prophet Muhammad.

In calling people to the Islamic Faith, for example, a Muslim must be wise, sensitive, humble and considerate. The Qur’an teaches:

Invite (all) to the way of your Lord with wisdom and beautiful preaching; and discuss with them in ways that are best and most gracious. (An-Nahl 16:25)

The Muslim’s acceptance of the Jews and Christians, is even more intense and specifically addresses the Muslims to prevent any communication or approach that would lead to dispute, anger or negative implications between the two parties. Allah instructs the Muslims:

And dispute not with People of the Book, except with means better (than mere disputation), unless it be with those of them who inflict wrong and injury. (Al-`Ankabut 29:46)

“Let it be known, if any one (Muslim) commits injustice, insults, aggravates, mistreats or abuses a person of the People of the Book (protected, by the state or an agreement), he will have to answer me (for his immoral action) on the Day of Judgment.” (Ahmad)

Thus, the lack of tolerance towards the non-Muslims under Islamic rule is a grave offense.